As much as 50% of the material that comes out the ground during coal mining is waste: dirt, rocks and other impurities that must be removed from the coal before it can be processed and burned.

Coal is washed, crushed and sized at a coal preparation plant, where throughput can average 4000 short tph. If process and wastewater streams are not well-managed, a coal preparation plant can flood, become dangerous to work in or be forced to shut down. There are several locations at a plant where pumps are required to handle collected water: in holding ponds fed by runoff from raw and clean coal stockpiles; in basement cleanup and conveyor belthead sumps; and in truck-washdown sumps. In most cases, the water to be pumped is a muddy, abrasive slurry laden with coal fines, briquettes, dirt and even nuts and bolts from broken machinery.

A recent shutdown at a coal preparation plant in eastern Kentucky was caused by the failure of a self-priming centrifugal pump in the main floor cleanup sump. The pump’s suction attracted solids at the intake, but because the pump’s hydraulics were inadequate to pull in heavy solids, the pump only dewatered the sump and left the settled coal and plant waste in the bottom of the sump. Eventually the self-priming pump’s hose was choked by the buildup of solids; the pump starved and failed. The only way to remove the solids from the sump was to manually dig them out with a shovel.The solution

The plant replaced the self-priming centrifugal pump with a 15 hp, high-head KZN110H pump from BJM Pumps. The KZN is an extremely durable, top-discharge pump with a mechanical agitator and wide clearances. Because it has a straight path from intake to discharge, the KZN uses the pumped liquid to cool the motor and, because it does not have an elbow joint like a side-discharge pump, it has fewer surfaces that can wear and potentially fail. In fact, the KZN110H at the eastern Kentucky coal preparation plant has run problem-free for more than a year and the cleanup sump is consistently free of process debris. The KZN’s agitator has kept particles suspended in the slurry, while large, 1 3/8 in. holes in the strainer have allowed virtually all of the solids to pass through. Because the pumping components of the KZN – notably the agitator, impeller and wear plate – are constructed with abrasive-resistant, high-chrome iron, the pump has been a workhorse and has completely dewatered the sump. 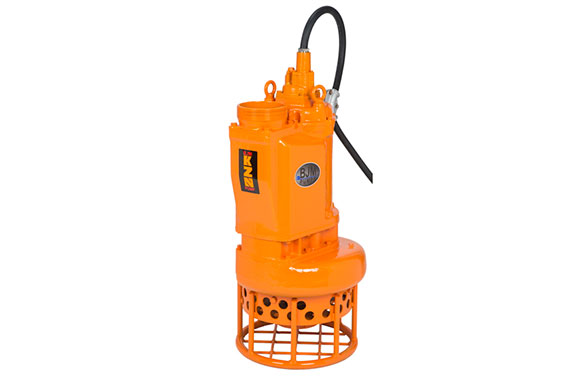 Although not maintenance free, KZN series pumps are rugged enough to provide reliable long-term operation in even the harshest of environments, including those where the pumps have to handle a greater percentage of solids. Some of the characteristics that set the KZN series apart from other pumps are:

Other factors that make the KZN Series pumps ideal for challenging environments are:Written by Mike Bjorkman. Edited Jonathan Rowland.About the author: Mike Bjorkman is vice president of BJM Corp. He serves as Director of Marketing and IT for BJM Pumps LLC and All Test Pro LLC. Both companies are subsidiaries of BJM Corp.

Read the article online at: https://www.worldcoal.com/handling/06032015/slurry-pumps-in-coal-preparation-coal2028/