Mitsui Matsushima is to form a joint venture with Japan Oil, Gas and Metals National Corp. (JOGMEC) to fund exploration of the Eastern Coal project in Queensland, Australia.

The Eastern Coal project is situated in the southern part of the Bowen Basin in southeast Queensland. It consists of five exploration tenements in which some coal seams have already been identified. 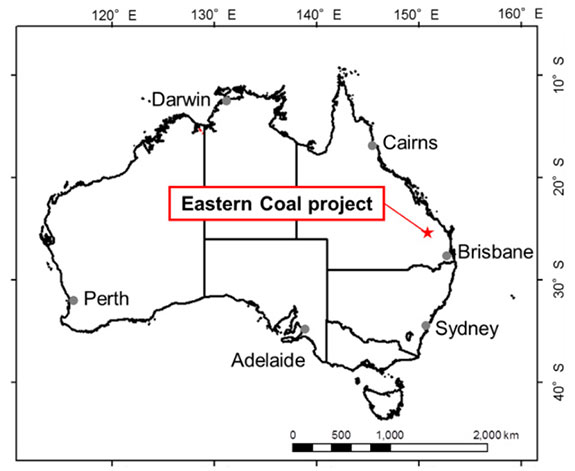 “Although the coal bearing sequence that is the exploration target for this project is different from the conventional target horizons in the Bowen Basin, this new target layer contains good quality coal seams and further discoveries of economical thermal coal resources are anticipated,” JOGMEC said in a press release.

MMI already co-owns the Liddell coal mine in the Hunter Valley of New South Wales with Glencore. SQE is a privately-held coal trading, marketing, exploration, development and investment company based in Brisbane.

The joint venture between JOGMEC, a state-owned company, and Mitsui Matsushima is the first created under JOGMEC’s Nikkei JV Scheme, which aims to assist Japanese companies to explore international coal properties.

“This was a landmark deal,” said Ian Williams, a partner at international law firm Herbert Smith Freehills, which advised Mitsui Matsushima on the deal. “It demonstrates the commitment of Japanese companies to the Australian coal industry, even in the midst of an industry downturn.”

Read the article online at: https://www.worldcoal.com/exploration-and-development/08062016/jogmec-joins-development-of-eastern-coal-project-2016-926/