The resumption of Drummond coal exports from Colombia has increased the Atlantic surplus, according to the latest Cross Commodity report from Thomson Reuters Point Carbon.

The Cal-15 contract closed at US$ 80.55 per million t, as coal prices have still not recovered from lows in late February. Thomson Reuters expects the front to remain bearish next week. Drummond exports from Colombia have increased to Atlantic surplus, dragging coal prices down. Other bearish factors include lower utility coal burn due to a mild winter. The outlook is that the market will stagger down progressively, rather than dropping rapidly.

The carbon market will see the release of verified emissions data this week, with Thomson Reuters Point Carbon predicting a 4.3% decline. Carbon prices will also likely seek further direction from German power, although the overall outlook is neutral.

Read the article online at: https://www.worldcoal.com/coal/31032014/drummond_coal_exports_increase_surplus_673/

The Colombian government has said that it expects Drummond to resume exports of coal from the 24th March.

The main driver for coal and carbon markets this week is the development of the conflict between Russia and Ukraine. 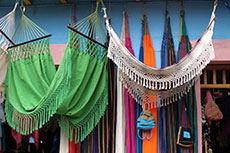 The European Parliament has voted to support an early implementation of backloading.