Logistics hub VGK - Coal Port Shakhtersk has, for 11 months of 2018, produced a record of 7 million t of coal. 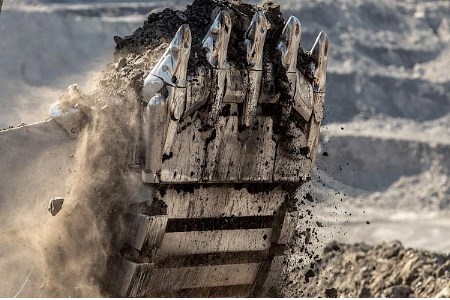 The achieved figure was about 90% of the annual plan for the shipment of coal. In total, by the end of 2018, the East Mining Company plans to sell more than 8 million t of products. Thus, the company's enterprises, Solntsevsky coal mine and Port Shakhtersk, will set new historical records for the extraction and shipment of coal in the Sakhalin region.

Eastern Mining Company is the largest exporter of lignite in Russia. Over the past six years, the increase in coal production and shipment by almost seven times has allowed systematic and large-scale investment in the development of the coal mine, the modernisation of the port infrastructure, the expansion of its own raid fleet.

In 2018, the company allocated about 2 billion rubles for the development of enterprises. This made it possible, among other things, to reinforce the mine equipment (which is already the most powerful on Sakhalin) with an additional dump truck and excavator, to introduce a production dispatching system, together with SGS Vostok Limited (SGS), to launch the first coal chemistry testing laboratory on Sakhalin.

The equipment of the sea terminal was supplemented with two shiploading machines. 2.1 km of conveyor network for the delivery of coal from storage sites to the berths was constructed, and the modernised loading vessel Emso-1 with a capacity of 2500 tph was commissioned. Consequently, the company was able to export coal vessels of the panamax type, with greater capacity.

Currently, about 1600 people work at VGK enterprises. This year the number of additionally employed specialists amounted to more than 200 people.