The company said it bought these assets in Hamilton and Saline counties from Consol Energy of Pennsylvania. However, specific terms of the deal have not been disclosed.

Murray says the acquired property and rights are adjacent to a mine operated by subsidiary American Coal Co.

Murray says the deal increases its coal reserves to 3 billion t. The company has a dozen mines in Illinois and five other states.

Read the article online at: https://www.worldcoal.com/coal/30102014/murray-energy-increase-coal-reserves-1509/ 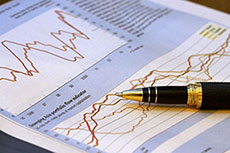 Cloud Peak Energy has released a report on its earnings through to Q3 of 2014.

Cliffs Natural Resources has announced Q3 results, recording revenues down US$248 million with its coal business operating at a loss of US$32.2 million for the year to date.