Since releasing results of the Crown Mountain Coking Coal prefeasibility study in August of 2014, Jameson Resources has been reviewing all the PFS assumptions/parameters. This review has included participation by contract mining and mining consulting entities.

The company is confident in its stated position that the PFS appears to contain significant upside with respect to the basic mining assumptions.

In addition, global macroeconomic events since the PFS was released have resulted in several favourable effects. Specifically, foreign exchange rates, lower oil prices, lower equipment prices, and a loosening in the labour market are all positive influences on Crown Mountain economics.

Based on Jameson’s evaluation of the upsides to the PFS, and the influences of macroeconomic factors, the Company believes Crown Mountain to be well suited to emerge as one of the earliest new producers once the market turns, and continues to fast-track the project through the environmental assessment process.

Read the article online at: https://www.worldcoal.com/coal/30032015/crown-mountain-coking-coal-update-2128/ 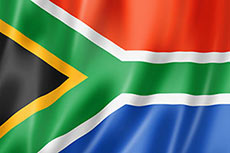 Coal of Africa holds a resource of more than 2.3 billion t of mineable coal over three separate projects: the Vele coal mine, the Makhado project and the Greater Southpansberg Projects.

Mozambi Coal, an Australian coal exploration company with assets in Mozambique, has released an update on recent activities at the company’s Songa, Tete West and Muturara projects. The projects are located in the Zambezi coal basin where a number of major resources companies, including Rio Tinto and Vale, are also active.