Coal production in the US continued its recovery this week, up just short of 1 million short t over the previous week. However production continues to be down from last year — off 12.2% (18.5 million short t), according to the latest report from the US Energy Information Agency (EIA) for the week ending 20 June.

Coal export/import data was not updated this week.

Electric output was up 1.4% compared to the same week in 2014. With 84.97 MWh of electricity produced compared to 83.79 MWh produced for the same period last year.

Domestic steel output, however, continued it’s near freefall this week.

According to numbers from the American Iron and Steel Institute, domestic raw steel production was down 8.8% for the week, at 1.72 million t, with a capacity utilisation factor of 73%, compared to the same week in 2014. And steel production continues its slide year-to-date – down 7.4% to 41.84 million short t produced compared to 45.17 million short t for the same period last year. The continuing slide in domestic steel production is fueled by a sluggish economy, as well as increased imports of steel, much of it from China and South Korea.

In terms of regional coal production, all three basins reported significant increases in production over the past week compared to the previous week; however, all remain down sharply compared to the same week in 2014.

All three basins also continue to report significant declines in production year-to-date, with Appalachia down 10.2%, the Interior Basin off 7.4% and the Western Basin down 7.9%.

According to the OMHST, coal mining employment in West Virginia has now dropped to 15 373 total miners, with 12 517 working underground and 2856 working on opencast operations. The office does not report data for contract miners or preparation plant workers on a weekly basis.

According to the EIA, West Virginia coal production for the week totaled 1.86 million short t compared to 1.76 million short t for the previous week. However, this is off by 15.5% from the same week in 2014.? Production rose slightly in both the northern and southern coalfields of West Virginia compared to last week, by 6% in both areas; however year-to-date, production is off by 3.2% and 16.2% respectively.

Natural gas prices on the Henry Hub finished the week up slightly at US$2.90/million Btu. Natural gas producers again reported a significant increase in their stored reserves – up 111 billion ft3 compared to the previous week, for a total of 2.43 trillion ft3 in storage. This week’s working natural gas rotary rig count remained at 857, down by two from last week and by 1001 rigs from a year ago – down 54%. This number includes rigs working in both oil and gas plays. 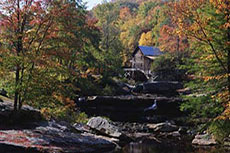 The co-chairmen of the West Virginia Coal Forum have called on Governor Earl Ray Tomblin to "forestall the closures" of six of the state's coal-fired power plants.

According to the latest report from the Energy Information Agency (EIA), coal production in the US was steady the week ending 6 June but declined compared to the same time last year. 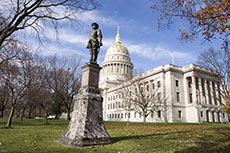