Following US President Obama’s State of the Union address, Peabody Energy has urged the Administration to adopt energy policies that will help American families and businesses by capitalising on greater use of coal.

Coal is the nation’s cheapest and most abundant energy resource. In 2013, coal generation rebounded 5% thanks to lower costs, while gas generation dropped 11%.

“Affordable energy access is especially important at a time when a record 115 million Americans qualify for energy assistance, 48 million Americans suffer in poverty and more than half of Americans have said a US$ 20 increase in their utility bills would create hardship,” Peabody Energy stated.

Reconsider carbon policy
The company has also encouraged the Administration to reconsider its carbon policy in an attempt to avoid guidelines that will increase energy costs and create a regressive tax, affecting those with low and fixed incomes the most.

“The path to achieve our economic and environmental goals is continued use of advanced ‘supercritical’ generation”, the statement continued. “This is the best technology available off-the-shelf and the standard supported by 78% of the American people, according to a recent Harris omnibus poll conducted on behalf of Peabody. Every large new advanced coal plant delivers the equivalent carbon benefit of removing 1 million cars from the road.”

Low cost electricity
The US should join nations such as Japan and Australia in recognising the importance of low-cost electricity and the effects of flawed carbon targets on families, businesses and the economy.

The US carbon-based economy also benefits dramatically from coal, which fuels both the essentials and conveniences of modern society, improving health and quality of life. A recent study on the social cost of carbon concludes that the benefits from fossil fuel energy outweigh the so-called cost of carbon by a magnitude of 50 to 500 times.

Read the article online at: https://www.worldcoal.com/coal/29012014/peabody_responds_to_state_of_union_address_465/ 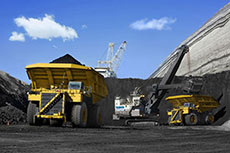 US coal miner, Peabody Energy, has elected Michael Sutherlin, the former head of Joy Global, to its board of directors. 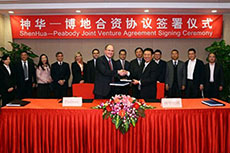 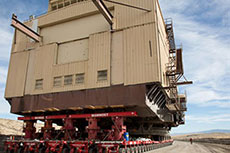