The latest analysis from Thomson Reuters Point Carbon has revealed that the global carbon market will reach record volumes by 2016. The North American market is set to overtake the clean development market, which will face tough competition from China’s pilot schemes. Europe will however remain the largest carbon market.

Most of the 2014 growth by value is expected to come from the 8.3 Gt EU Allowances (EUAs) that will change hands. This 3% volume increase will produce value growth of 70%, generating both the largest volumes and value globally.

Emil Dimantchev, analyst at Thomson Reuters Point Carbon, anticipates that this growth will be driven by “expectations that after imminent backloading is implemented early in 2014, EUA prices could rise to €7.5/t, increasing over-the-counter and exchange traded liquidity. This would lead to an astounding increase in value, up by more than two thirds to €61bn from €36bn in 2013”.

Dimantchev added that even though the volume growth is minimal year-on-year, and the auction volume will actually decrease as a result of backloading, market confidence is expected to improve to the extent that it would drive the EUA price up by 35% per t, an substantial enough increase to create a surge in the EU ETS value without a correspondingly large increase in volume.

The outlook for the two regional North American markets – the Western Climate Initiative (WCI) and the Regional Greenhouse Gas Initiative (RGGI) – is that together they will create the second largest carbon market by value for the second year in a row.

Olga Chistyakova, senior analyst, explained: “We expect the WCI and RGGI to generate €2.7 billion in value this year, up 22% from last year. However, the WCI will account for two thirds of their combined volume, contributing 272 million t”.

Chistyakova added that the North American markets are here to stay, continuing to drive volume and value growth in the future.

Maria Kolos, analyst, highlighted: “We expect the primary and secondary Certified Emission Reduction (CER) market to remain strong, holding on to its position as the second largest market by volume at 703 million t, albeit at a low value of €236 million. This is amid a steady annual decline in volume and an expiring lifeline in the absence of a political remedy”.

Hongliang Chai, analyst, commented: “China’s pilots are a breath of fresh air and expected to generate 24 million t in trading this year from auctions as well as post-CDM salvaged offsets. Looking ahead to 2015, volume of Chinese pilots is projected to grow tenfold to about 227 million t, as CER credits are remanufactured into ones eligible for domestic use to help offset the seven compliance markets”.

In 2015, Thomson Reuters Point Carbon expects volumes traded on global carbon markets to continue to grow steadily to 10.3 Gt CO2 equivalent, and to 10.9 Gt by 2016, reaching the highest volume on record. In 2016, the EU ETS market volume is forecasted to be at 9.3 Gt CO2 equivalent, breaking the 9 Gt level for the first time since inception, due to the higher expected prices and increased liquidity on the secondary market despite the withdrawal of allowances from the market through backloading.

According to Chistyakova, the North American market is “set to overtake the CER market in 2015 and become the second largest market by both volume and value, doubling from 2014 to 821 million t from WCI auctions and secondary trading. This is on the back of a widening market cap that includes transportation and other fuels”.

Chai noted that by 2015, the Chinese pilot schemes will probably provide the CER scheme with some close competition in terms of market value.

The European Parliament has voted to support an early implementation of backloading. 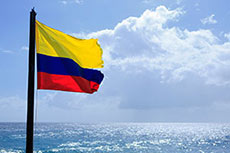 Coal prices are still being affected by Drummond’s coal export ban, according to the latest Thomson Reuters Point Carbon report.

The latest cross-commodity scorecard reports coal and carbon prices dipping in the first week of 2014. 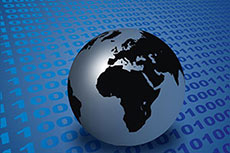 Global carbon markets trades down by 38% last year, in line with the decline that began in 2011.