Australian physical coal prices have fallen to levels not seen since before the 2008/2009 financial crisis as Chinese demand suffers from slower economic growth and new environmental rules, with analysts predicting the market could slump further.

China's slowdown, which has seen its economy expand at its slowest rate in 25 years, is throwing many coal and iron ore miners that rely largely on sales to China into crisis.

China depends on coal for almost 70% of its energy needs and is also the world's biggest producer of steel, for which iron ore and coking coal are key ingredients. Yet its steel demand is falling as harsher environmental inspections and a lower gear in the economy force steel mills to cut output. Its coal demand fell last year for the first time in decades as Beijing stepped up its "war on pollution".

Prompt cargoes from Australia's Newcastle terminal last settled at US$56.60 a t, down more than 60% since prices peaked in 2011 after Japan's Fukushima nuclear crisis and Australian floods hit mining output.

For the first time since January, Newcastle prices have also become cheaper than cargoes delivered into Europe's main ports of Amsterdam, Rotterdam and Antwerp (ARA), where the price also includes freight, and prompt cargoes last settled at US$60.95 a t.

"We remain bearish coal... The fact that (China's) productivity growth started to fall at the same time when debt began to rise is concerning," commodities brokerage Marex Spectron said.

"Any hope for economic growth will hang on more aggressive fiscal and monetary policies and/or increased productivity," it added.

China's imports of coal from Australia and Indonesia, its top two suppliers, slumped in February for a second straight month, further evidence that quality inspections that took effect in January are holding back shipments.

Chinese coal imports from Australia, excluding lignite, fell to 5.53 million t in February, down 7.3% from a year before, customs data showed on Monday. Imports from Indonesia fell more sharply, dropping to 1.7 million t, down 64.9% from the same month in 2014.

One of the few supporting indicators came from India, where coal imports are expected to jump 19% to a record of about 200 million t this fiscal year, as power companies add capacity to meet rising demand.

Read the article online at: https://www.worldcoal.com/coal/25032015/australian-coal-prices-fall-crisis-2112/

Australian coal exports could reach 650 million by 2049/50, according to a new report from the Bureau of Resource and Energy Economics.

The Australian government has approved construction of a rail line that will connect Adani’s coal mines to Abbot Point.

Chinese-backed group will pay US$ 1.6 billion to acquire 98-year lease for port of Newcastle. 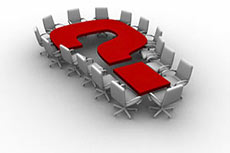 Arrow Energy is set to reject a take-over bid from a company jointly owned by Royal Dutch Shell and PetroChina.