These high rates of overproduction, combined with volatile raw material prices, have meant that Chinese steelmakers have struggled to make good profit margins. This has led to several attempts by the Chinese Government to restructure the steel industry to increase its efficiency and limit some of the excess capacity. Thus far, their efforts have been ineffective, as regional governments are hesitant to cut off sources of employment and other fiscal benefits. There has, however, been some increase in domestic consolidation in China with several of the big players either restructuring or acquiring some of the smaller players in the market.

In 2013, the Chinese Government issued new guidelines to rationalise all industrial sectors in which there was overcapacity, including steel. The new policies will make it harder for companies in industries with excess capacity to obtain land, funding or environmental certifications. There is still some scepticism as to whether any real rationalisation of steel capacity will occur, as production last year remained high (+8%) while at least 58 new furnaces came online, adding 80 million tpa of capacity (about 8% of an existing 970 million t). In late November, however, the government of Hebei Province demonstrated its resolution to reduce capacity with the dismantling of 10 blast furnaces resulting in a reduction 6.8 million t of steelmaking capacity.

Before there can be any long-term structural growth in the steel industry, the amount of excess and less-efficient capacity needs to be shut down. There are, however, a number of reasons why steel capacity is not shut down permanently, including labour laws, environmental costs and permanent loss of the optionality value of the plants. There is also significant government intervention in the steel industry, which provides an additional political incentive to keep employing workers regardless of profitability.

Demand: growing slowly
According to World Steel Association (worldsteel) figures from October 2013, growth in global apparent steel use will reach 3.1% in 2013, up from 2% in 2012. While developed economies continue to recover and will return to positive growth, there may be slower growth in China as the country seeks to rebalance its investment strategy. There will also be some uncertainty in other emerging economies due to unresolved structural issues, political instability and volatile financial markets. As a result, worldsteel is forecasting moderate growth of 3.3% in global steel demand in 2014. In the medium to long term, increasing urbanisation in emerging markets and the renewal of infrastructure in developed markets (once GDP picks up) should mean that steel consumption will continue to increase steadily.

Most of the emerging market steel demand will come from China. In 2013, increased public infrastructure spending, a rebounding property market and firmer construction and manufacturing activity boosted steel demand. ArcelorMittal expects growth in steel demand in China to total 7.5% in 2013, while worldsteel sees fairly robust steel demand in China with growth of 6% to 699 million t in 2013, but forecasts slower growth in 2014 of around 3% as the Chinese Government seeks to rebalance its economy away from investment to consumption. Most increases in demand will be met by primary raw materials (coal and iron ore). It is only after the first generation of infrastructure in the rapidly developing economies begins to be replaced that scrap steel will become a major source of material for steel production. This is not likely to happen until midway through the next decade.

Raw materials price volatility
Volatile raw material prices (for iron ore, metallurgical coal and scrap steel) and weak steel prices have put significant pressure on steel margins. Steelmakers have been working hard to become competitive in other ways. For example, steelmakers have taken steps to vertically integrate upstream to gain more control of their raw material pricing, while cost cutting has led to production cuts in some regions. Europe in particular has seen mills shut down, as they were no longer sustainable. Several steelmakers have also put considerable amount of R&D into differentiating their products in the market: for example, creating advanced high-strength steels for sale into the automotive industry, as a way to increase demand for their products and counter the possibility of increased use of aluminium as a substitute for steel.

Note
The views expressed in this article are the views of the author not Ernst & Young. This article provides general information, does not constitute advice and should not be relied on as such. Professional advice should be sought prior to any action being taken in reliance on any of the information. Liability limited by a scheme approved under Professional Standards.

Read the article online at: https://www.worldcoal.com/coal/23012014/challenges_facing_the_global_steel_sector_coal440/

Ben Kutler, Business Monitor International, provides an overview of coal demand, production and trade in Latin America outside of Colombia.

The outlook for the US coal industry remains stable, according to the latest report from Moody’s. 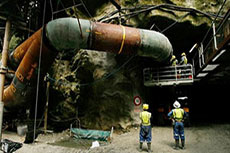 Ernst & Young has released analysis that questions the value of steelmakers buying metallurgical coal and iron ore assets to ensure security of supply.