It is reported that 3Q15 metallurgical coal price contracts between Australian coal miners and Japanese steel producers was agreed at AUS$93/t for premium grades.

"It has been done at AUS$93/ t, that is the settlement," Marian Hookham, Senior Manager for Consultancy IHS Coal in Australia, told Reuters.

This is a drop of 15% from the previous quarter. It covers about 20 million t of Australian-mined coal for the quarter and globally influences metallurgical coal spot prices.

Since September 2012, metallurgical prices have been declining. Hookham said the price decline could potentially lead to further closing down of mines. "We anticipate closures in the US to speed up if this price is finalised," she said. "For Australia, there is some insulation from the exchange rate, but certainly some sectors in the industry will be producing at a loss."

Read the article online at: https://www.worldcoal.com/coal/22062015/drop-in-japanese-metallurgical-coal-contracts-2454/ 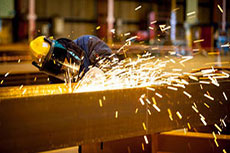 After a tumultuous few year, metallurgical coal producers are facing another tough year in 2015.

A rally in Australian coal prices has passed almost as quickly as it started.