The Chairman of Glencore, Tony Hayward, has collided with wind and solar power executives who argue that renewable energy can totally replace coal in industrialising countries such as India and China.

Mr Hayward spoke at a business and climate change meeting in Paris and argued that it was important people recognise it was simply ‘not possible’ to remove coal from the energy mix in countries such as India.

Kerry Adler, Chief Executive of North American solar group SkyPower commented in response, “Solar is the new world. You’ve got to get used to it.”

Mr Adler argued that companies like his could easily supply large amounts of cheap, reliable power in countries such as India particularly as renewable power storage costs fell.

The business meeting in Paris arrives six months before the French capital hosts a UN conference where almost 200 countries are set for talks to seal a global climate change pact.

France and Germany have already said that they wish to see a complete end to emissions from fossil fuels such as coal some time this century.

The first step in achieving this according to Norway’s Statoil should be switching from coal power to cleaner-burning gas.

Read the article online at: https://www.worldcoal.com/coal/22052015/coal-solar-power-executives-clash-2319/ 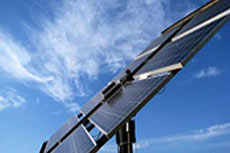 Solar power has the potential to offer mine sites significantly cheaper power than traditional diesel plants if the financial risks can be addressed. 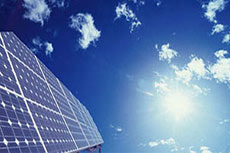 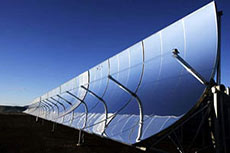 Xcel Energy has started its demonstration plant to showcase the viability of such a hybrid plant.