The Constitutional Court imposed a six-hour overnight ban which took effect in mid-February on use of the Fenoco coal railway operated by Drummond and two rival miners, cutting mine-to-port transport by 25%, Drummond Vice President for Communication, Pablo Urrutia, said.

"Before the restriction we were managing 15 to 16 trains a day and right now we are managing 12 to 13. It clearly has an impact," he said.

"Right now we can manage it. So far because we have stock in place we are not having any problems in terms of meeting obligations."

Colombia is the world's fourth-biggest coal exporter, shipping mainly to Europe after rising gas production in the United States crimped demand in that once-large market. Coal is Colombia's most important export after crude oil.

Fenoco has filed a petition with the court to lift the restrictions and says it has undertaken steps to address the grievances of rural residents whose complaints about noise was behind the overnight ban.

The government will receive about US$150 million less annually from taxes and royalties if the railway restriction is upheld, Mines and Energy Minister Tomas Gonzalez said on Tuesday.

"We're convinced that it's possible to maintain respect for the stated noise levels without sacrificing everything at stake in terms of local employment and funds for social investment in the region," he said.

European API2 2015 coal futures remain near a nine-year low of US$55.60 per tonne hit on January 26. Colombia's coal sector may prove one of the most resilient amid low prices given low labour costs and use of technology.

The family-owned company is working to expand stock capacity at its port on the Caribbean coast to 1.5 million t, up from 1 million t now.

The company will inaugurate a new ship loader in the next few months which will double capacity to 60 million t and it has now received three licenses to expand its northern La Loma mine, a process Urrutia said is likely to start next year.

"As we expand, we will be able to use that larger capacity at the port," Urrutia said.

Drummond aims to produce 30 million t of coal in 2015, 31% of the 97.8 million t Colombia's government has forecast for output nationwide this year.

Read the article online at: https://www.worldcoal.com/coal/19032015/drummond-colombia-coal-railway-ban-2085/ 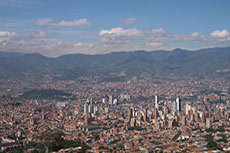 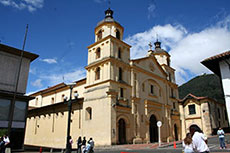 Spring exports of coal fall in Colombia by 11% to 5.4 million t.

Colombia targets a rise in its coal production this year, after labour disputes hit output in 2013.

An explosion at the San Fernando coal mine in Amaga, Antioquia province, Colombia, has killed at least eight miners and trapped over 70 more underground.