New Crofton Co-op Colliery Ltd has received planning permission from the planning and highways committee to open a new drift coal mine in Yorkshire.

The company says at least 50 new jobs will be created as 5 million t of coal is mined through to 2036.

The director of the co-operative, Jonathan Clarke, said the scheme could usher in a new era of coal mining in Yorkshire.

Clarke said: “We are hoping to be at the vanguard of a new wave of small mines in the UK. [Hopefully] we are doing is trailblazing because we are going to prove it works and other people will follow on and copy us.”

“Coal is going to form a part of the energy mix for 20 years or longer. The price of coal at the moment is £45 a tonne. All the forecasts say the price will start rising. There’s a lot of small deposits of coal close to the surface at Crofton which we can drift mine,” Clarke explained.

Clarke said that the coal was relatively shallow, and that it had previously been subject to a potential mine development “The site was earmarked in the 1970s by British Coal executives to be an opencast mine,” he explained. “We are not taking any risks, we know there is coal there already.

The co-operative has pledged to contribute £10m to the community around the mine and return the site to its former state when the project. The company has already undertaken a full environmental assessment (EIA) as part of its negotiations for planning approval, etc.

The company said that despite a decline in UK coal mining over the past two or three decades, there still remained a viable economic case for the development of new mines. “There is a continuing need for coal for our major coal-fired power stations, of which three (Ferrybridge, Eggborough and Drax) are situated nearby in Yorkshire,” the company said in a statement.

The group is looking to negotiate coal supply contracts with EDF Energy for the utility’s nearby coal-fired power plants.

The New Crofton coal mine lies adjacent to a main railway line, giving it access to excellent infrastructure services.

Clarke said the potential for the co-operative to grow and develop more mines was certainly there.

“We would look to move on to another two or three mines in West Yorkshire using the same model,” Clarke added.

Read the article online at: https://www.worldcoal.com/coal/18072014/co-operative-coal-mine-receives-uk-planning-permission-1103/

In a new report, the Association of UK Coal Importers calls on the UK government to recognise the role coal still plays – and should continue to play – in the UK energy market. 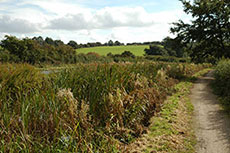 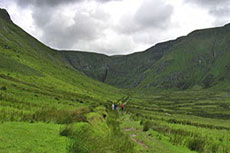 Walter Energy has outlined proposals to develop and operate coal mine in Wales for 25 years.