China produced 240 million t of coal in holiday-shortened February, down 7.7% from a year ago, an industry website has said, hurt by orchestrated output cuts in major regions.

Csteelnews.com, a website run by the official China Metallurgical News, said that output in the first two months of the year reached 530 million t, down 4% compared to the same period of last year.

China has urged local authorities and coal enterprises to restrain output in a bid to support the sector, which has been suffering from persistent losses. It is also trying to cut supplies by closing small mines and curbing imports of low-grade coal.

Production last year fell for the first time in 14 years, dipping 2.5% to 3.87 billion t. Consumption dropped 2.9%, hit by a slowing economy and a concerted effort to raise the share of non-fossil fuel energy, and few expect demand to recover this year.

At a recent session of parliament, China's two biggest coal producing regions promised to implement policies to restrain output and restructure the sector this year.

Li Xiaopeng, governor of Shanxi, said his province would not approve any new mines until 2020, while Bao Manda, a planning official in Inner Mongolia, said that his region would also cap production at 1 billion t a year over the next few years and promote downstream industries.

The National Development and Reform Commission held a meeting of top industry and company officials last week and said the utmost effort should be made to limit production and address the imbalance between supply and demand, and that authorities should continue to take action against illegal production.

In February, coal freight volumes fell to their lowest level since April 2010, dipping 32.3% on the year to 119.15 million t, according to data from China's railway ministry.

In its annual report to parliament earlier this month, China's top regulator vowed to tackle pollution and impose further restrictions on coal consumption, but in a sign of the country's difficult balancing act, it also promised to "turn around" a struggling sector facing huge losses.

Zhang Youxi, the chairman of leading producer Datong Coal Mine Group, has urged Chinato set a minimum price for coal in order to tackle industry losses, now believed to afflict more than 70% of China's mining firms.

Read the article online at: https://www.worldcoal.com/coal/18032015/china-february-coal-output-clampdown-2082/

China looks to curb emissions by introducing a ban on so called ‘dirty’ coal. 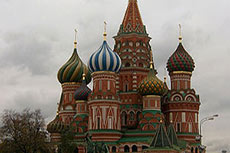