Burgeoning US coal exports are to be investigated by the US Department of Interior (DoI) after Reuters reported that miners operating on federal lands were clearing their coal sales through sister companies in order to dodge royalty payments on lucrative exports to Asia. Responding to this, Ken Salazer, the secretary of the interior, has ordered an audit of coal export sales from 2009, when many PRB miners began to ramp up exports.

The DoI probe follows an investigation by Reuters centred on PRB coal production, which is largely on federal land and thus subject to 12.5% royalty on all coal sales. According to Reuters, “by pushing their sales through affiliated brokers […] coal companies could clear their royalties at a low domestic price and actually pocket more than that when prices in Asia climbed.” The news agency estimates that such practices saved coal producers US$ 40 million of royalty payments in 2012 alone.

“Extended to the last few years of increased Asian demand, that total could exceed US$ 100 million in lost royalties. The sum could balloon into billions of dollars if mining giants are able to ship 150 million tpa of coal or more through the Pacific Northwest, as the industry wants,” the news agency continued.

But one of the companies at the centre of the investigation has hit back against the allegations, saying the DoI had cleared the trading practices in question.

Colin Marshall, CEO of Cloud Peak Energy, said in a letter to Salazar seen by Reuters that clearance from the DoI was delivered through a PowerPoint presentation in 2009. Marshall also argued that miners had been open about the practices: “Cloud Peak Energy clearly delineated […] our views on the appropriateness of continuing the existing royalty valuation scheme and structure.”

Arch Coal and Peabody Energy, that two other dominant miners in the PRB, have so far declined to comment on the investigation.

Read the article online at: https://www.worldcoal.com/coal/18022013/coal_royalty_payments_on_exports_to_asia_come_under_scrutiny/ 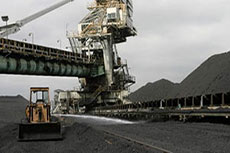 Cloud Peak Energy has signed an agreement with SSA Marine that provides it with an option to export up to 16 million tpa through the proposed Gateway Pacific on the US West Coast.

Gregory H. Boyce, chairman and CEO of Peabody Energy, US, takes a look at the long-term outlook for coal and explains why there are reasons to be optimistic.

The US Energy Information Agency (EIA) has released a report on US coal production and prices for 2012 that shows both were down from 2011 figures.