Aspire Mining Ltd has signed a non-binding Memorandum of Understanding (MOU) with the operator of Taman port, enabling metallurgical coal from its Mongolian Ovoot project to access the Black Sea, and from there be exported to Eastern Europe.

A further non-binding MOU has been signed between Aspire and the terminal operator of the Nakhodka Port on the eastern coast of Russia, providing options to export the coal to north Asian markets.

The coal terminal at the Black Sea port of Taman is currently under construction, and is expected to be completed in 2015. The Taman port is designed to accommodate capsize vessels, which can travel to destinations either bordering the Black Sea or Europe, allowing Ovoot coal to be delivered to steel industries in Turkey, eastern and southern Europe.

The MOU between Aspire and the Taman port operator will run for a term of five years, commencing from the first delivery of Ovoot coal. The port will handle volumes of up to 2 million tpa of Ovoot coal.

The non-binding MOU between Aspire and Nakhodka compliments an MOU that Aspire entered into in January 2013 with Noble Group, which provided a way for Aspire to access Noble’s recently acquired interest in the Nakhoda port.

Access to the port on Russia’s east coast allows Aspire to export coal from its Ovoot project to north Asian markets, including Japan, Korea, Taiwan, Vietnam and southern China.

Aspire’s managing director, David Paull, said of the MOUs that they “Are important in outlining the company’s strategy for geographically diversifying the customer base for the Ovoot coal project. There is now an identified path for Ovoot project coal from Northern Mongolia to penetrate European markets. The agreement with the Russian coal terminal operator along with the previously disclosed Noble Agreement now provides for sufficient volume and flexibility in meeting the Ovoot project’s Far East Russian port needs in delivering metallurgical coal into North Asia’s seaborne markets.”

Ovoot is the second largest coal reserve in Mongolia, with an estimated total of 184 million t of metallurgical coal available over a mine life of 20 years.

Read the article online at: https://www.worldcoal.com/coal/17092013/mongolian_coal_bound_for_europe_51/ 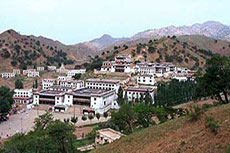