Locals have pledged support for Whitehaven Coal’s Vickery extension project at the NSW Independent Planning Commission (IPC) public hearings into the proposed project in Gunnedah and Boggabri in February. 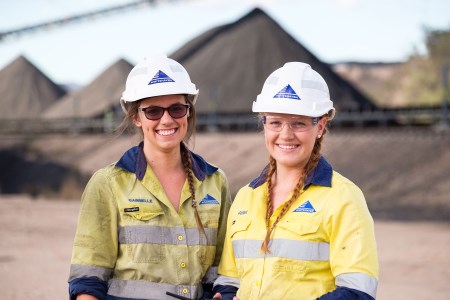 The hearings were part of the IPC’s formal review of the project, and also included a call for written submissions. Subject to approval, Vickery is planned to be a predominantly metallurgical coal mine that will create around 500 jobs during construction and 450 jobs during operations – adding to Whitehaven’s existing workforce of around 2000 people, 75% of whom live locally.

According to the environmental impact statement, the project will also contribute AUS$271 million in wages across NSW, as part of a net economic benefit to NSW of AUS$1.2 billion in net present value terms, including additional tax revenue and royalties – money that will help fund schools, hospitals, roads and more.

The hearings and submissions gave people an opportunity to have their say on the project, and of submissions listed on the IPC website, more than 75% pledged support for the project.

Whitehaven Coal Managing Director and CEO Paul Flynn said: “We’ve been working closely with the people who live and work in the area to ensure we get this project right. Community feedback has always been a critical focus for us that we’ve used to help shape this project and the way we operate more broadly.

“The many valid issues raised at the Hearings and in the submissions had been anticipated and addressed in our environmental impact statement, and our focus is now on ensuring our responses are expanded and reiterated to the IPC through the response to submission process.

“We’ll continue to listen to and take on board community feedback and we think this approach is why we’ve had such a strong show of support from people in the local area so far. It’s recognition of the fact that Vickery offers significant local benefits and represents a modest but very positive change to what has already been approved.”

Read the article online at: https://www.worldcoal.com/coal/17042019/whitehavens-vickery-extension-project-receives-local-support/