In response to a request from US governor Pat McCrory, Duke Energy has made public its plan to address the potential pollution issues at all of its coal ash storage sites in North Carolina.

“On behalf of the Sierra Club’s thousands of North Carolina members and supporters, I want to recognise Duke Energy’s leadership for taking responsibility for the tragic Dan River coal ash spill. CEO Lynn Good has made it clear that she and the company realise that wet storage of toxic coal ash waste is dangerous, threatening our clean water and treasured lakes, rivers and streams. Converting risky wet storage at all coal ash waste sites is a strong first step toward cleaning up Duke Energy’s toxic legacy in North Carolina.

On behalf of thousands of Asheville and Buncombe County residents, I applaud Duke Energy for publicly considering a plan to phase out the coal-burning units at its Asheville plant. Over the last two years, a grassroots movement of faith leaders, business leaders and public officials has sprung up to show that burning coal in our backyard does not match our community’s values. If Duke Energy meets the demands of the community and phases out its coal plant, the Asheville plant will be the 163rd plant in the nation to be retired since 2010. Moving Asheville beyond coal is a critical step for Duke Energy as it takes responsibility for its errors and sets a new path forward.

Finally, while Duke Energy’s plan is a good first step, it is incomplete and does not fully rise to the challenge presented. Without more information, North Carolinians cannot be sure that their right to clean, safe drinking water will be protected. Without a clear commitment, hard-working families cannot be sure that one of the nation’s most prosperous companies won’t pass the buck. As the Sierra Club and our partners in North Carolina have demonstrated, environmental advocates are key voices for holding polluters and regulators accountable. We are only beginning to show the strength of our voices for North Carolina’s people and environment.” 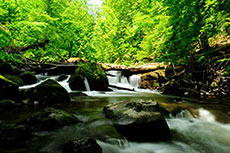 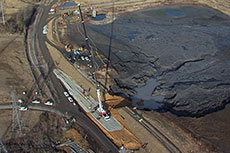