Nearly 7 million t of solid fuel was produced and shipped by the Eastern Mining Company over 9 months. The achieved indicator amounted to about 70% of the annual plan for the extraction and transhipment of coal. At the end of the year, this volume will reach 10 million t, which is 2.5 million t more than in 2018. 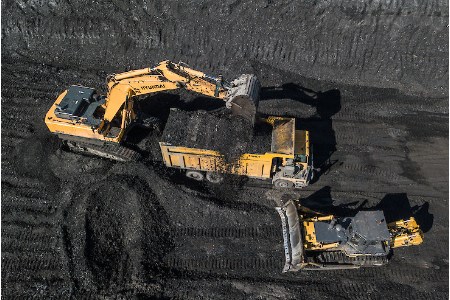 The Eastern Mining Company annually increases its production capacity by investing heavily in the development of a mining equipment park at the Solntsevsky coal mine and the technical re-equipment of the coastal and marine capacities of the Shakhtersk port. At the end of 2019, the volume of investments will amount to 11.5 billion rubles.

Coal reserves of the Eastern Mining Company total over 300 million t. This allows you to plan with confidence for decades to come. In the future, the company plans to enter the extraction and shipment of 20 million tpy of coal.

Read the article online at: https://www.worldcoal.com/coal/16102019/eastern-mining-company-produces-and-ships-almost-7-million-t-of-coal-over-9-months/