Arch Coal announced that its Mountain Coal Company’s West Elk mine employees exceeded 2 million hours worked with out a lost-time safety incident, on September 24, 2013. The safety record was achieved over 29 months.

"This is the first time in the history of West Elk's mining operations that we've achieved such a landmark," said Jim Miller, general manager at West Elk. Miller credited the achievements to employees’ continued commitment to focusing on prevention as part of the safety process.

"It is an impressive accomplishment that reflects the collective efforts of the entire West Elk workforce," Miller continued. "Most importantly, these accomplishments have allowed us to deliver on our true goal – ensuring that the entire team goes home safely every day."

In addition to setting this safety performance record, West Elk mine also announced that its red mine rescue team was named the Colorado state champion at the National Coal Mine Rescue Competition. West Elk employee Ty Odle was the overall winner of the state and national honours in the Biopak 240S category.

A total of 87 teams and 800 individuals from 13 states participated in the competition, held last month in Columbus, Ohio.

"Mine safety competitions help our employees hone their skills and gauge how they stack up against others," Miller explained. "Our teams practice year round to ensure they stay prepared, and we are quite proud of their achievements."

Read the article online at: https://www.worldcoal.com/coal/16102013/arch_coal_achieves_safety_record_138/

AMC Consultants offer insights into how mining companies can control their costs and improve their bottom line.

Global diversified miner, Anglo American, has been named as the mining industry leader in the Dow Jones Sustainability Index 2013. 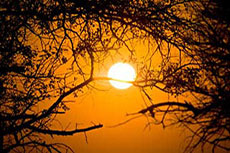