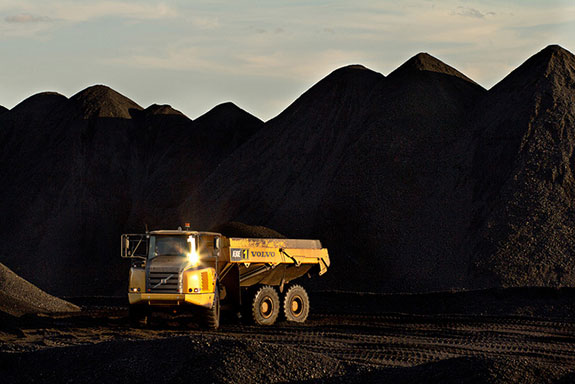 Rio Tinto has reported increased hard coking and thermal coal production from its Australian operations in the first half of this year, while soft coking coal output dropped 16%.

Hard coking coal production grew by 10% against the first six months of last year to reach 3.6 million t with Q2 output standing at 1.8 million t – 4% up on the same period last year and 1% up on Q1 of this year.

“[The higher hard coking coal production] was largely driven by increased coal production at the Kestral mine,” the company said in its production report. The mine reported output up by 36.5% on the same period last year, following the re-opening of its coal handling preparation plant after upgrade works.

Australia thermal coal production jumped 6%, setting a new half-year record, despite the divestment of the Clermont mine, which was completed in Q2. Thermal coal output hit 11.4 million t for the six months to June, driven by productivity gains in the company’s Hunter Valley operations and additional production from a processing plant byproduct stream at Hail Creek.

Logistical issues remain the main challenge in Mozambique with rail and port constraints resulting in weaker half-year production from the company’s Benga mine. Hard coking coal production dropped 3% to 187,000 t, while thermal coal output was down 4% to 176,000 t.

“We achieved another half of very strong operating performance, powered by productivity gains across our business,” said Sam Walsh, CEO of Rio Tinto, in response to the results. “With a relentless focus on achieving sustainable cost savings while delivering the highest quality growth, we continue to transform Rio Tinto into a stronger, more disciplined business that will consistently deliver strong cash flows and shareholder value.”