China produced 247.5 million t of raw coal in February 2011, a massive 20% more than February 2010, according to data from the National Bureau of Statistics. Total monthly production fell 7.7% from 268.2 million t in January. Analysts have attributed this to partial shutdowns over the week-long Lunar New Year holiday.

The overall picture shows growth, however, with the total production of the first two months of the year at 515.8 million t – 13.5% up on last year’s statistics.

High production and decreased demand have pushed down domestic prices in recent weeks.

Read the article online at: https://www.worldcoal.com/coal/16032011/china_increases_coal_production/

A new report by the ASEAN Centre for Energy and the World Coal Association has found that ASEAN countries will require approximately 234 GW of new coal capacity by 2040 to meet growing energy demand, but with modest investment in clean coal technologies, there is capacity to significantly cut emissions. 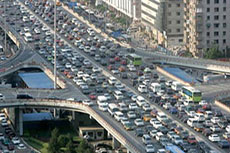 Although plagued by the world’s worst traffic jams, the growth of China’s coal industry shows no signs of stopping. Ng Weng Hoong reports.