Skip to main content
Advertisement
Advertisement
Allegiance Coal Limited has provided an update for the market generally on operations together with progress against the plan discussed in the most recent investor presentation dated 5 October. 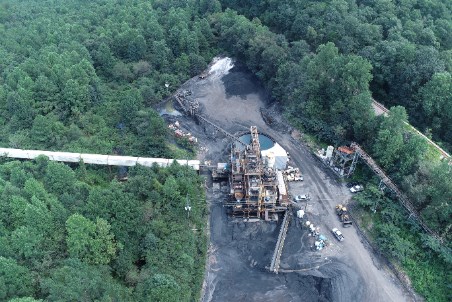 Black Warrior mine’s production performance continues to trend positively and is generally in line with mine planning while New Elk continues to struggle to meet budget production for the reasons outlined in our prior ASX releases. As discussed in this update, the company are attempting to address the issues around sustaining its work-force at New Elk and are now able to invest in equipment at New Elk to minimise downtime, increase availability, and improve production.

The stockpile build of the thermal coal cargo being assembled at the McDuffie coal terminal in the Port of Mobile, destined for Europe, is continuing. Two trains of New Elk coal have arrived at the port facility while 13 barges of Black Warrior coal are on the river making their way to port for unloading. A further 10 000 t is on stockpile at Black Warrior’s Powhatan barge loading facility. Funding has commenced under the inventory financing arrangement as previously announced while discussions are continuing in relation to an ultimate sales contract. It is presently anticipated that the coal will be shipped early December.

Continuous Miner No.4 arrived back at the New Elk mine on 9 November 2022 after completion of an overhaul that was extended in time to address various issues. Once the machine was test run in the workshop after all electrical works were finalised an oil leak was discovered in the cutter head gearcase, which has since been replaced and the machine is now operational. It will be deployed underground this week.

Continuous miner reliability for the month of October was poor and along with labour a major contribution to the mine’s poor performance. CM03 had 68% up-time of scheduled run time while CM07 had just 54% uptime. These figures are very poor from an industry benchmark expectation of >90%. The company expect CM04 to achieve or outperform benchmark availability. The mine has been performing below budget expectations, but with the return of CM04 to the mine, and the first of the newly sourced overhauled articulating head roof bolters now operating underground, the company believes production should improve.

Both CM03 and CM07 are planned to be replaced during 1H23, following an electrical overhaul of two other continuous miners that the mine owns, following which CM03 and CM07 will also be refurbished in anticipation of the mine moving to three production units in due course.

The mine’s General Manager has left by mutual agreement along with the mine superintendent. The mine’s Chief Mining Engineer, along with Chief Executive Officer Jon Romcke, who resides in Trinidad Colorado, have taken over operations until a recruitment process is finalised. The change in personnel provides the opportunity to re-evaluate the approach to staffing and operations at the mine with fresh eyes and focus.

Two underground coal mines have recently closed down in neighbouring New Mexico and Utah, from which the company are targeting to recruit available mine workers. The company have also entered into supply arrangements with labour hire companies to recruit workers. The company have set up a shift roster with a view to engaging workers on a 7 day on and 7 day off cycle to allow them to work at the Mine but also to remain living at home, a roster structure preferred by many.

In addition to the above, with a change in leadership Allegiance have had some workers who had left return to the mine to work and we are hopeful we will see more return.

Overburden drill and blasting has been the main limiting factor at Black Warrior since our new large excavator and larger 150 t dump trucks arrived.

A second refurbished drill has been delivered to Black Warrior which should now enable the mine, when complemented by two refurbished D11 dozers, to stay ahead of our large excavator and large front-end loader in overburden removal.

The assembly of the first D11T Push Dozer is almost complete, although commissioning of the machine is running one and a half months behind the company's plan. The supplier has had ongoing difficulties overhauling and sourcing the required parts and components. Black Warrior has rejected worn parts, and insisted on change-outs that are arguably required to have a reliable machine. The second D11T dozer is presently anticipated to be in operation by mid-January 2023, due to the delays experienced with the first machine.

Other than a poor production month in September due to a weather event in the pit, Black Warrior is now generally operating in line with plan and management are now challenged with focussing on reducing operating costs as well as looking at opportunities to improve production above budget.

As was discussed in the September 2022 quarterly activities report, Black Warrior has taken over the operation of the North Pratt coal preparation plant by way of an exclusive lease to secure a dedicated facility to process coal for the export market. Black Warrior has the opportunity to make maintenance and process improvements to the plant which will improve coal quality control compared to the alternative toll washing arrangement relied on to date. Already, the company have made improvements to the dense media and classifying cyclones to improve performance.

Previously the company had been toll washing its coal at two wash-plants (including North Pratt), and it found it extremely challenging to achieve its target ash for its hard coking coal product without being able to control the wash plant gravities. Having exclusive use of the North Pratt washer allows the company to pivot back to the hard coking coal market when the opportunity arises.

Read the article online at: https://www.worldcoal.com/coal/15112022/allegiance-coal-provides-updates-at-its-new-elk-and-black-warrior-mines/