In the coal processing industry, the total cost of ownership model is heavily dependent on strategies that lower the initial capital cost of replacement screen machines. Coupled with this is an emphasis on an improvement in the overall durability of the traditional coal dewatering screen, which will then facilitate lower operating costs.

According to Kurt O’Bryan, Weir Minerals Global Product Manager for Screens and Screen Media, achieving these goals is possible by carefully and strategically matching solutions to specific customer needs and applications. He noted that the company’s latest developments in coal screen machine technology are focused on increasing the size and mechanical durability of its coal duty vibrating screen line. The Enduron® product range (formerly known as Linatex®) from Weir Minerals concentrates on increasing throughput and decreasing downtime.

The supply and installation of Linatex screening equipment in the coal industry spans a number of decades. The first Linatex dewatering screens were supplied in 1983 in a coal application in South Africa to Anglo American Coal’s Kleinkopje operation. Linatex dewatering screens have since been successfully supplied for fine coal applications where they have significantly reduced the moisture content of the fines product.

Over 450 Linatex banana and horizontal screens in single and double deck format, sieve bend static screens and horizontal rotary screens have been supplied to the coal industry for applications ranging from primary and desliming to dewatering for final product. The customer list includes Anglo Coal, BHP Billiton (now South 32), Exxaro, JHDA and Portaclone. “Weir Minerals Africa continues to provide support for these screens and, in a number of installations, the screens have operated for in excess of 10 years without any replacement necessary,” stated Winchester Maphosa, Weir Minerals Africa Product Manager for Ccomminution and Screens. 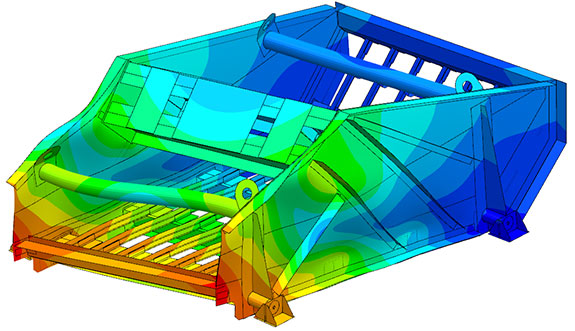 Maphosa explained that Weir Minerals has implemented a number of innovations to improve the design of the dewatering screens in order to increase the longevity and maintainability of the screens. An example he cited is the replacement of the corrosion resistant (3CR12) box deck frame design with a cross-beam and 3CR12 stringer (runner) design. This has eliminated the downtime and production losses that previously resulted from premature deck failures due to latent welding defects.

Another brand within the Linatex range, recently launched in the North American coal market, is the high performance Fusioncast® polyurethane screen media panels. The material is designed to maximise service life through superior abrasion resistance – a critical factor in coal dewatering. The product’s properties and wear characteristics make it ideal for use in a number of coal applications, including raw coal refuse screens and fine screening.

“In field trials, it was confirmed that the product exhibits wear life advantages of up to 50% when compared to injection moulded polyurethane screen media panels. This results in a significant time and cost saving for customers. Added operational flexibility is provided by the product being supplied with a wide range of openings for separations as coarse as up to 25 mm,” said O’Bryan.

A solid example of the success of this product is in an operation in North America’s Western Kentucky. After conducting six weeks of head to head trials between the existing continuous slot panels and the Fusioncast panels, the Fusioncast panels were found to have a significantly superior wear life performance.

“As a result of the resounding success of the Fusioncast technology trials, the customer opted to replace the 1100 plus panels with Fusioncast panels throughout various raw coal, clean coal and fine refuse screening applications in its plant. Further leveraging the success of the trials, the company has been invited to tender on a number of screen media supply contracts, including for one of the world’s largest coal prep plants,” O’Bryan pointed out.

In 2014, Weir Minerals Africa aligned its screens brand with Enduron® comminution equipment, allowing the company to provide 3 – 4.3 m wide screen designs for large modular coal plants. O’Bryan said that the Enduron® VD dewatering screen range has been designed to ensure that maximum efficiency and lowest cost of ownership is achieved. Underpinned by a 40 yr history in the coal dewatering sector, Enduron products are manufactured according to ISO 9001:2010 standards. 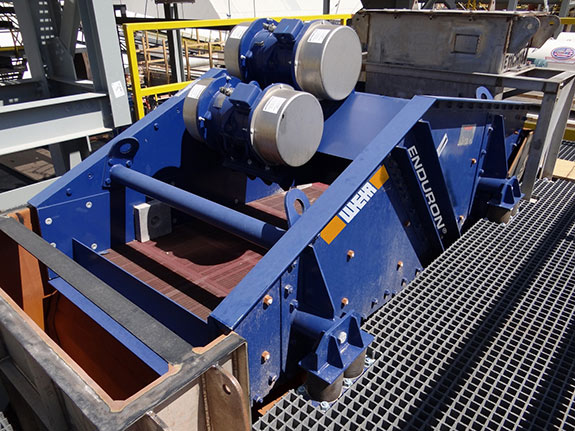 The lightweight Enduron VD dewatering screen is suited to applications in the sand and aggregates as well as mining and minerals processing industries and can be supplied in variations from 0.3 to 3 m wide.

“All coal dewatering screens in the Weir Minerals range across the globe are backed by the technical expertise of our team, together with a pre- and aftermarket support system that ensures maximised uptime for coal operations as a result of fast response maintenance and an appropriate parts stockholding,” O’Bryan concluded.

Read the article online at: https://www.worldcoal.com/coal/14102015/coal-dewatering-solutions-decreasing-total-cost-of-ownership-3006/