Czech coal miner New World Resources (NWR) has pointed to signs of recovery in the coal market as it posted a Q1 2014 loss of € 26.7 million – a narrower loss than those recorded in previous quarters.

Over the past two years, NWR has cut costs and sold assets and is in the middle of a major capital structure review. The company has acted in response to a continued drop in coal prices.

Explaining the narrower loss in Q1, NWR pointed to rising steel production in its core markets. However, it cautioned that signs of recovery were still tentative.

Marek Jelinek, chief financial officer for NWR, said a rise in prices for spot metallurgical coal, which makes up the majority of the company’s sales mix, could lead to an increase in contracted prices in Q3 after a 6% decrease in Q2.

"There has been a very mild uptick in the spot price [of metallurgical coal] recently. If you combine that with the recent developments in the macro data, you can read initial signs of recovery," Jelinek said in a telephone interview.

"There is some indication of a possible improvement in prices [...] if there is a rise, it will be perhaps single-digit percentage points."

NWR runs four metallurgical coal mines in the northeast of the Czech Republic.

After a record 18-month recession finally ended in 2013, the Czech economy has started to accelerate along with the economies of other countries in central Europe.

The group confirmed its outlook for production and sales to both reach 9 million – 9.5 million t in 2014, compared with 8.8 million in output and 9.7 million in sales last year. It is targeting a mix of 55– 60% of sales in higher-margin metallurgical coal and the rest in thermal coal.

"The [thermal coal] market is really down. Plus in the relevant central European markets, there are massive amounts of inventory," Jelinek said.

The Czech miner is also trying to reach a capital restructure. The company said in its earnings statement that a resolution was expected by the end of 2014. It had launched the process in January because of a deteriorating market.

"At today's coal prices, we have cash for roughly one more year," Jelinek said on a later conference call, adding that the company was not planning any more asset sales.

Read the article online at: https://www.worldcoal.com/coal/14052014/czech_coal_miner_sees_signs_of_recovery_841/ 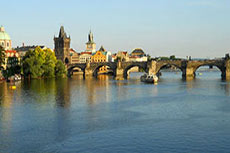 OKD has signed a deal with the Czech government to continue operations at its Paskov hard coking coal mine in the Ostrava region. 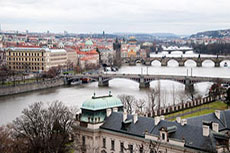 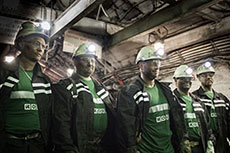 New World Resources has posted a net loss of €466.1 million in the fourth quarter of 2013, largely due to a massive impairment charge.

Sale of New World Resources’ OKK coking plant to be completed by end of 2013.