A new report from the US Geological Survey (USGS) has presented a map of coal deposits in Antarctica.1 The report compiles information on Antarctica’s coal-bearing geologic units found in the literature and is “intended to be used in small-scale spatial geographic information system (GIS) investigations and as a visual aid in the discussion of Antarctica’s coal resources or in other coal-based geologic investigations.” 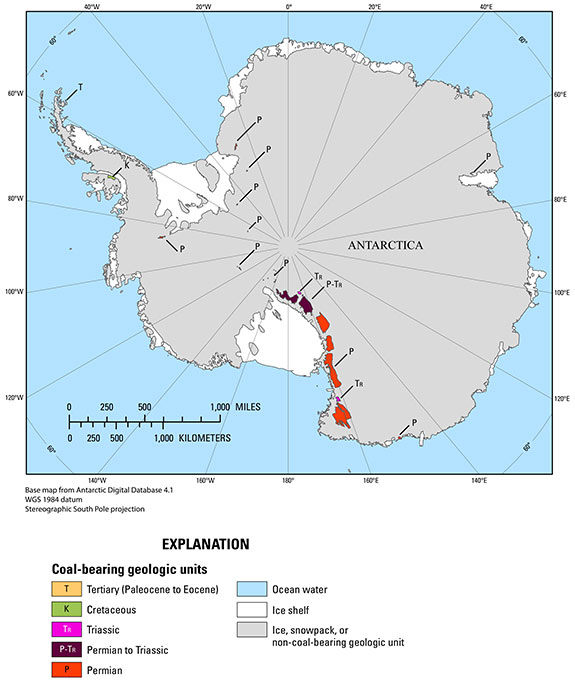 The British Antarctic Expedition between 1907 and 1909 first discovered coal in Antarctica but detailed reports and studies of the continent’s coal resources only began to emerge in the second half of the last century.

Exploitation of Antarctica’s mineral resources is prohibited under Article 7 of the Protocol on Environmental Protections to the Antarctic Treaty. Beside this legal barrier, a 1987 study from Australia’s Department of Resources and Energy concluded that coal mining in Antarctica would be economically unviable for a number of reasons “including a lack of information, high startup costs, environmental considerations, practical difficulties and competition within the global market.”1