According to new analysis from SNL, employment at US coal mines continued its freefall as more than 5700 jobs were lost in the sector in Q1 2014 – a decline of 7% on the same period last year. This brings employment to its lowest level since Q1 2009. 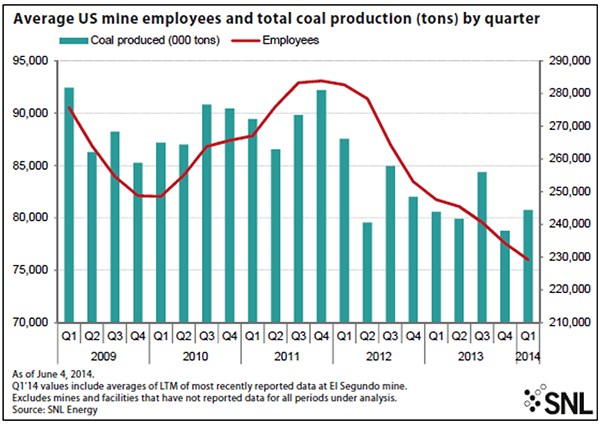 Average employment for the year to 31 March was 8.3% lower year-on-year at 79 658 – a long way of its near-term peak of 93 084 achieved in Q4 2011. This drop also stands in contrast to the country as a whole, said SNL: according to figures from the Department of Labour, total non-farm employment rose by 217 000 jobs in May – representing a return to pre-recession employment levels.

Central Appalachia continues to be the worst hit region with SNL Energy analysis showing that employment in the region fell 13.8% in Q1 on the same period last year. Meanwhile Southern Appalachia saw a drop of 15,7% in employment.

“You’re seeing a lot of Central Appalachia coal miners move to the Illinois Basin for jobs and they will not come back,” Nick Carter, president and COO of Natural Resources Partners LP, told SNL Energy in a recent interview. “We’ve lost the better educated, harder working group of people from Central Appalachia who had the capability and the skills to earn the best wages in the industry, the best wages in the area. We’ve seen those people move somewhere else in order to get a job.”

Further trauma could lie ahead

There are also fears that the situation will only worsen should new regulations that seek to reduce emissions in the US power sector be implemented. The biggest casualty of these regulations will be coal-fired power plants. “While the EPA’s newly proposed Clean Power Plan offers […] a net increase in US jobs, it also projects significant declines in coal sector employment,” the report said.

Read the article online at: https://www.worldcoal.com/coal/13062014/us_coal_industry_continues_to_shed_jobs_snl_energy_coal978/ 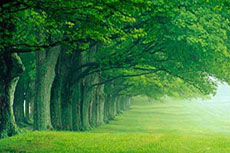 Kentucky coal production rose 1.4% in Q1 2401 but employment dropped with the east of the state continuing to be hardest hit.