Australian-listed developer of the Ovoot coal project in Mongolia, Aspire Mining, has bought a 50% interest in the Ekhgoviin Chuluu Joint Venture (ECJV) from Xanadu Mines. The move strengthens the company’s existing alliance with Noble Group, which owns the remaining 50% of the ECJV, as “fits neatly with Aspire’s strategy to explore and develop Mongolian metallurgical coal projects,” the company said in a statement.

The ECJV owns a 60% stake in the Nuurstei coal project in northern Mongolia with an option to increase its ownership to 90%. The joint venture acquired the project, which is located 10 km from the Khuvsgul provincial capital of Moron, in mid-2011 with subsequent test work showing low volatile bituminous coal with moderate to high ash levels and low sulfur. 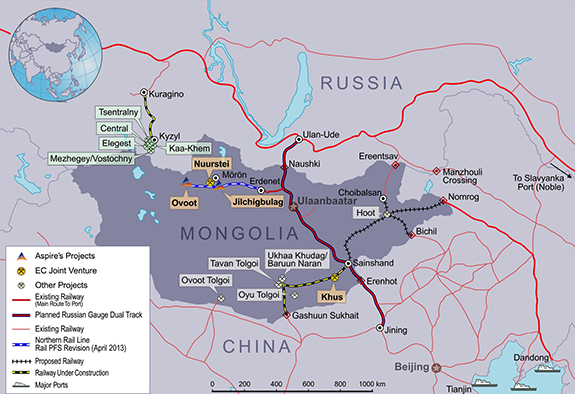 The project is also a relatively short trucking distance to the proposed Northern Rail Line being developed by Aspire’s subsidiary’s Northern Railways LLC. The Northern Rail Line would be an extension to the existing Trans-Mongolian Railway from the current terminus at Erdenet through to the Ovoot coal project.

“Aspire is very pleased to become involved in developing the Nuurstei project in partnership with the Noble Group,” said David Paull, managing director of Aspire. “There are many potential synergies with the Ovoot [project], not the least of which potentially being an important initial customer for Northern Railways LLC”.

Read the article online at: https://www.worldcoal.com/coal/13062014/aspire_buys_stake_in_nuustei_coal_project_coal977/

SouthGobi Resources may be sold by the end of June, according to company filing. 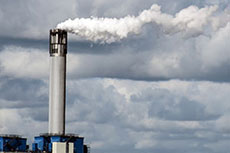 Aspire Mining will supply coal produced from the Ovoot project in Mongolia to the Sainshand Industrial Complex.

Aspire Mining has signed a non-binding Letter of Intent for the power supply to its Ovoot coking coal project in Mongolia.