The American Coalition for Clean Coal Electricity (ACCCE) has criticised the Sierra Club for celebrating the retirement of 150 coal-fired power plants in the US since 2010.

In a statement citing the economic impact of the retirements, ACCCE Senior Vice President Laura Sheehan commented: “Sierra Club’s celebration of its 150th coal plant retirement is akin to partying at the funeral of families and communities whose livelihoods have been devastated by these plant closures”.

“When a coal plant shuts down, the impact is felt by employees at the plant and the mines that supply it; and spreads across the community, the state and even the nation in the form of lost jobs and higher electricity rates for businesses and families,” Sheehan continued.

“If Sierra Club had its way, America’s energy future would be dark. Sierra Club seeks to permanently phase out coal from our nation’s energy portfolio by 2030, even though coal powers nearly 40% of America’s electricity, and its diminished use would result in a dangerous overreliance on natural gas, which is a ‘just-in-time’ source, piped in when needed, and intermittent energy sources like renewables.”

Sierra Club’s definition of ‘victory’ is nothing but a ‘loss’ for the thousands of coal communities that continue to reel from plant and mine shutdowns, and for America’s energy future.”

Read the article online at: https://www.worldcoal.com/coal/11102013/accce_criticises_celebration_of_coal_plant_closures_122/ 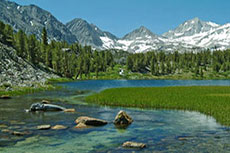 A developing industry aimed at cleaning up the mining industry is growing, as mining companies begin to realise the economic value of going green.

The American Coalition for Clean Coal Electricity has released analysis that shows 204 coal-fired generating units are scheduled for shutdown due, in part, to regulations issued by the EPA.

The US Environmental Protection Agency has announced a settlement with the Tennessee Valley Authority to resolve alleged Clean Air Act violations at 11 of its coal-fired plants in Alabama, Kentucky and Tennessee.

According to the ACCCE, clean coal technology could potentially provide thousands of jobs and make a major contribution to the US economy.