At the Asia Pacific Energy Research Centre Annual Conference, Tokyo, World Coal Associations’ (WCA) CEO, Benjamin Sporton explained many countries in the APEC region are using coal to develop their countries and will continue to do so. He believes it is therefore necessary to focus on global action on cleaner coal technologies. He called for carbon capture and storage (CCS) to be given policy parity with other low emission sources of energy.

Many government representatives and energy experts at the conference expect coal to be the dominant source of electricity in the APEC region until 2040. According to the International Energy Agency (IEA) coal demand is anticipated to grow 4.8% a year until 2035 in Southeast Asia and electricity generate from coal in China is projected to increase from 3812 TWh to 5545 TWh in 2040.

Sporton also highlighted the value of modern coal technology in reducing other emissions from coal. He noted: “in the US, emissions of NOX, SOX and particulate matter were reduced by between 82% and 96% since 1970, while coal consumption increased by 146%, pointing to the ability of technology to address concerns over air pollution.”

Sporton concluded: “Furthermore, greater political commitment is needed to making CCS a reality in the region. The APEC region has seen the world’s first large commercially operating coal-fired power plant operating at Boundary Dam in Saskatchewan, Canada. The learnings from that plant can be applied elsewhere in the region to drive down the costs of CCS and help further deployment.”

Read the article online at: https://www.worldcoal.com/coal/11062015/clean-coal-technologies-vital-for-asia-pacific-2406/

The World Coal Association has called on G7 leaders to investment in cleaner coal technologies that will help climate action.

IEA Clean Coal Centre explains innovative power generation systems are starting to emerge and if developed into practical systems, they could have large impacts on generating coal-based power. 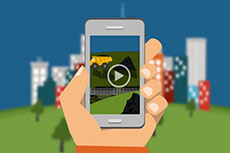