Russia is a huge country both in terms of area and population, with a historically severe winter climate and extensive heavy industries. These factors generate both domestic and industrial demand for energy. The country also has huge energy resources in oil, gas and coal reserves. This has led to the evolution of a large fuel and energy complex that forms a substantial component of Russia’s GDP and provides heat and power to downstream sectors. The energy market is vast and Russian coal exports and rail issues are frequently reported in the trade press. This article reviews the coal industry in the context of the country’s domestic energy situation.

The Russian economy was administered as a planned economy integrated into the Soviet Union. The absence of a market mechanism meant that domestic and industrial consumers were not aware of the full costs of the energy resources. Energy appeared to be low cost or free, and so its consumption and waste in inefficiency grew, with only physical production and delivery serving as a constraint. It has taken 18 years of an erratically developing market economy for policies on energy pricing to begin to move to a market-based mechanism, that is currently seeing prices rise and reflect truer costs based on domestic and global market demand signals.

The coal industry was privatised well ahead of the gas and power sectors. Consequently, coal prices have risen, eliminating the need for Government subsidies to the coal mining industry. Today, coal companies have been reformed. They have invested in modern mining equipment and supply the power generation market profitably. Russian coal companies have even launched successful IPOs on world stock exchanges.

Meanwhile, the Russian natural gas sector is one of the most important foreign exchange earners, as well as being one of the most strategically important industries to world energy markets, comparable to Saudi Arabia’s importance to the crude business.

It is for this reason that Russian authorities seem content for the gas industry to remain dominated by the state-owned giant, Gazprom. However, like the coal industry of old, natural gas prices within the domestic market, to which Gazprom supplies, are held below the prices seen in the international markets. Only part of this difference can be justified by differences in pipeline delivery costs to a geographically closer Russian population.

The figures show that, despite the country possessing vast reserves of coal and being a large producer, coal-fired power provides just 17% of national electricity supply. However, this figure hides a wider geographic disparity. In the Far East and Siberia, coal-fired power dominates local supplies, accounting for 80 – 90% of electricity generation in these regions. Natural gas-fired power dominates supply in the Urals, and southern, central and northern Volga, supplying 88 – 99% of power generation.

In places where coal-fired power dominates, plant boilers were often designed specifically for local, often low-calorific value coals. Coal-fired units therefore remained confined to their local supplies, while providing a captive market for the local mines. It is unsurprising, then, that inefficiencies were common in the former-Soviet coal mining industry.

To exacerbate this situation, inadequate power transmission capacity, and the immense distances and expense to transport coal across the country, meant burning natural gas in gas producing regions was a strong argument against expanding coal-fired power beyond those isolated coal producing regions. This lack of competition in the market meant that where gas was unable to compete, coal-fired plants continued to operate, with little or no incentive to maintain optimum or improve performance of the coal-fired fleet. Today, therefore, the coal industry faces considerable barriers if it is to compete with natural gas in some parts of Russia.

Modern, efficient equipment has been installed at many mines, some of which now operate close to world best levels of productivity. However, much of the Russian coal industry remains in need of modernisation.

Coal employment remains high, as a number of the major coal operations exist in isolated areas where few opportunities exist in other sectors. Safety, which was improving, has suffered a number of recent setbacks, and fatalities remain high by world standards.

The environment is recognised as a necessary policy parameter, but progress is slow and Russia is an observer of, rather than a participant in, the global drive to clean coal technology. Nevertheless, management of the Russian coal industry is extremely capable, as the work force has immense mining experience, capital investment is committed and the industry is on a positive development path.

The power industry is undergoing a gradual restructuring, with participation from foreign companies. A competitive market model is on the horizon in order for the utilities to increase cashflow to finance expansion projects, but the implications for raising tariffs to industry and residential customers may well face some opposition. However, foreign companies may be quick to recognise operational inefficiencies and steer both the coal supplies and the power generation to a more efficient system, thereby reducing wastage and limiting potential tariff increases.

This new capacity could require an extra 100 million t of coal, pushing production to more than 400 million tpa by 2020. However, if rail rates continue to rise, and the cost of gas remains competitive with coal, growth in domestic coal demand by the power sector will not see any major change. The regions that are heavily dependent on gas-fired power are well served by gas pipelines, but not necessarily by rail links, which will be essential if coal is to penetrate these markets. Growth in demand for Russian coal remains, but seems to come from the export market. The cessation of producer subsidies amongst European coal industries could provide Russia continuing business in the West as mines continue to close and/or rationalise, while the organic growth of coal demand in the Asia-Pacific market provides Russia with interesting prospects in the East. Provided transport infrastructure can continue to move coal over the vast distances needed, it seems as though Russia will continue to deliver.

Read the article online at: https://www.worldcoal.com/coal/11042011/playing_with_the_russian_coal_monopoly/ 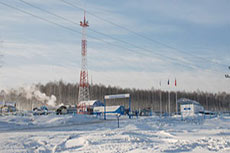