Amid an inactive economy, China’s coal imports plunged and shipments of other commodities generally eased in comparison with the stage last year.

China's exports fell 6.4% for the month, while imports toppled by a deeper-than-expected 16.2%, providing further evidence that Beijing will quickly roll out more stimulus to avert a sharper economic slowdown.

China’s coal imports fell 26% from a year ago, extending a sharp scaleback in quarter one due to weak demand, sufficient domestic supplies and tighter environmental controls.

Thermal power generation, largely fired by coal, dropped almost 4% in the first quarter of the year, as China’s economy shifted away from energy-guzzling sectors and boosted cleaner fuels such as hydro, nuclear and wind.

Read the article online at: https://www.worldcoal.com/coal/08052015/china-coal-shipments-slump/

China indicates it will set a cap on coal consumption in 2020, in order to achieve climate targets. 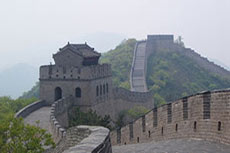