According to reports, workers have downed tools at a mine operated by Anglo American's South African coal unit.

The strike started on Tuesday and was regarded by the company as a wildcat action because the employees had not gone through the proper channels before calling the stoppage on work.

"We are continuing to talk with their regional leadership to settle the differences," said Moeketsi Mofokeng, a spokesman for Anglo American Coal.

The National Union of Mineworkers said in a statement that its members were calling for the removal of the mine's general manager, whom it said had "made lots of changes without consulting" the union.

NUM spokesman Livhuwani Mammburu said 421 of its members were involved in the strike, which comes ahead of wage talks in the coal and gold sectors expected to kick off next month. 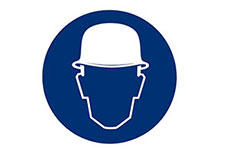 Global mining company, Anglo American, has endowed a new chair in occupational health at the Wits School of Public Health in South Africa.

Anglo American has announced a fall in profits as its new CEO shakes up the executive management team and looks for US1.3 billion in improved cash flow.

Anglo American has brought together leaders from more than 60 of its contracting companies to jointly plan how to improve the health and welfare of contract workers at its operations. 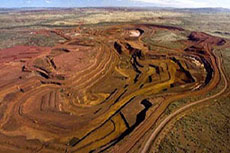 One of the largest mining groups in the world, Anglo American, has announced its results for 2009. Operating profits stood at US$ 5 billion, dropping 50% on 2008. Coal operations also suffered big drops in profit, with met coal down 59% and thermal coal down 33%.