Australia’s top five mining companies ended the last quarter of 2012 with their highest market capitalisation in more than a year, according to Deloitte’s latest Mining League Table.

Stephen Reid, Deloitte’s mining leader, said the firm increase in market capitalisation at the top of the table was largely due to BHP Billiton and Rio Tinto adding around AU$ 45 billion in value by the end of 2012.

“Iron ore prices rallied at the end of the year, prompting the value of all six iron ore miners in the top 25 to follow that upward trend,” Reid said

“The resurgence in Chinese demand that is continuing to drive ore prices up is due to an extremely cold winter that limited China’s domestic supply and that no doubt contributed to a strong finish to the year. However, it’s difficult to predict how long this upward trend in prices will continue with 2012 expected to show China’s slowest growth in a decade and no consensus as yet on what 2013 will bring.”

Overall, the top Australian miners recorded a combined growth of 11.4% in market capitalisation.  But despite an overall strong end to the year, there were some disappointments,” Reid said.

“Gold miners suffered with Q3’s biggest upward mover, St Barbara, dropping almost AU$ 350 million in the Q4 to finish the year with a market capitalisation of around AU$ 700 million. The world’s biggest goldminer, Newcrest, also dropped in value during Q4, down almost 24% to AU$17 billion.”

“Copper and coal prices have also suffered this quarter. Benchmark coking coal prices, in particular, decreased by almost 25% to US$ 170/t, consistent with soft steel demand and metallurgical coal oversupply.”

Read the article online at: https://www.worldcoal.com/coal/08022013/australian_mining_companies_and_2013_strongly/ 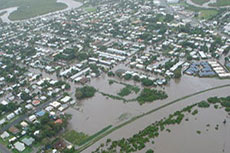 Ernst & Young has released analysis that questions the value of steelmakers buying metallurgical coal and iron ore assets to ensure security of supply.

Deloitte has released its Tracking the Trends 2013, highlighting the top ten challenges facing the global mining industry next year. These include rising costs, managing demand uncertainty and growing resource nationalism.