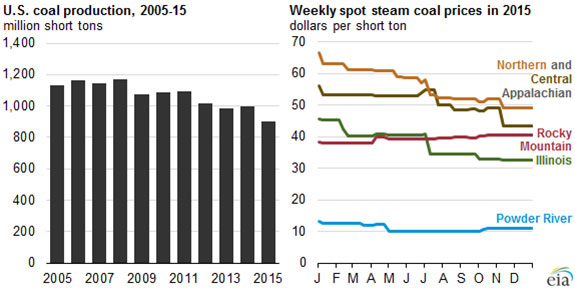 With the exception of the Rocky Mountain region, thermal coal prices in major basins experienced double-digit percentage declines in 2015. Central Appalachian coal continued to be economically challenged compared with natural gas for electricity generation. Average thermal coal spot prices dropped by another 22% in 2015, following a decline of 13% the year before. Coal prices in the PRB, Illinois, and North Appalachian basins, which had remained largely unchanged during 2014, decreased 18%, 26%, and 29%, respectively, in 2015.