Stanmore Coal has recently installed a new pumping system at its Isaac Plains processing plant, which uses mine-affected water instead of raw water, saving up to 200 mL of raw water per year. 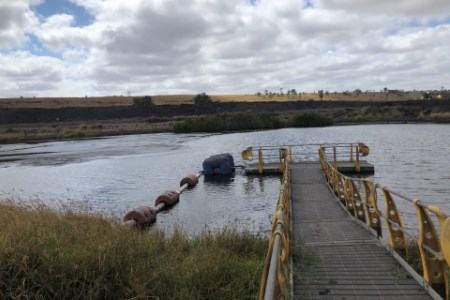 The new pumping system assists in reducing the inventory of mine-affected water on the site, while also consuming around 1000 tpy of salt associated with the higher salinity mine water.

“We ensure we manage mine-affected water by maximising opportunities for consumption on site, and our new pumping system does exactly that,” he said.

Prior to the installation of the new pumping system, the Isaac Plains processing plant sourced from external raw water suppliers to make-up for water that remained in coal as a result of the washing process. After washing, the moisture content of coal is increased by around 5% and this additional moisture remains in the coal when it is exported.

Read the article online at: https://www.worldcoal.com/coal/07102019/stanmore-coal-installs-new-pumping-system-at-coal-processing-plant/