B9 Coal has announced a revolutionary proposition for efficient, cheap power generation from coal with carbon capture. The UK company, in consortium with WSP Group, AFC Energy and Linc Energy, will develop a project that will put the UK at the forefront of carbon capture and storage (CCS) technology.

The 500 MW project is being put forward for the Department of Energy and Climate Change (DECC) CCS demonstration competition. Rio Tinto Alcan’s Lynemouth plant, Northumberland, has been announced as a potential site for the plant.

B9 Coal offers a groundbreaking combination of keystone technologies: AFC Energy’s alkaline fuel cells and Linc Energy’s underground coal gasification (UCG), a process supported by the UK Government’s Environmental Agency. UCG produces syngas, which is then passed through a clean-up process resulting in separate streams of hydrogen and CO2. The hydrogen is used to power high efficiency fuel cells whilst the CO2 is already captured and ready for transport and storage.

The project will offer enhanced efficiency conversion of coal to electricity, whilst enabling upwards of 90% carbon capture. AFC Energy’s alkaline fuel cells convert hydrogen to electricity at 60% efficiency and, when combined with UCG, can provide a projected cost/kWh of as low as £0.04. UCG potentially gives access in the UK to an extra 17 billion t of coal without the major environmental impacts of conventional mining. Together the technologies have the potential to transform coal from the dirtiest fossil fuel to the cleanest.

Read the article online at: https://www.worldcoal.com/coal/07092010/b9_coal_announces_project_combining_alkaline_fuel_cell_technology_with_ucg/ 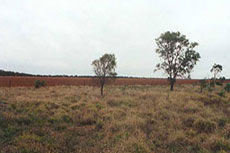 In the largest single deal by an Indian company in Australia, Linc Energy has agreed to sell its Galilee Basin coal deposits to India’s Adani Enterprises in a deal worth up to AU$ 3 billion.

The US Department of Energy has announced the selection of ten projects aimed at developing advanced technologies for capturing CO2 from coal combustion.