Bisnis Indonesia has reported that there is a possibility that Berau's mining operations will be suspended if there is no divestment of foreign ownership.

"Berau Coal is a corporate matter between shareholders. But as a policy matter, we want coal to be the pillar of our energy security. The more national mines that are controlled by national firms, the better," Energy Minister Sudirman Said commented.

"We remind Berau on divestment, though we don't want to intervene on corporate matters," he said.

Read the article online at: https://www.worldcoal.com/coal/07052015/indonesia-energy-minister-berau-ownership-2246/ 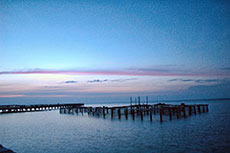 The government of Indonesia is planning to raise coal royalties in March, a move that may be damaging for smaller miners.

Development of a new coal fired power plant in Indonesia has been postponed amid difficulties acquiring land.