Recognising the risk that future regulation and competition from natural gas poses to the industry, Bank of America has announced that it will reduce its financial exposure to coal companies.

At the bank’s annual meeting, the group announced that it would reduce lending to coal extraction companies and coal divisions of broader mining companies.

The announcement coincides with a large scale fossil fuel divestment movement. Universities, churches and large asset owners are being pressured to abandon or control their investments in high-carbon energy.

Global bank HSBC has argued that Bank of America's new policy arose from pressure from universities and environmental groups.

The Rainforest Action Network Climate, one of the groups that pressured Bank of America on this issue, said the announcement represented a "sea change".

Coal exports through Hampton Roads, Virginia, US, slumped by 17% in 2014 compared to the previous year. 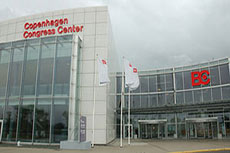 December sees the UN climate talks in Copenhagen. Tasked with developing a new climate agreement to replace Kyoto post-2012, government negotiators, NGOs, industry, media, and other interested parties will convene to try to work out how the world can meet the challenge of climate change. Carbon capture and storage (CCS) from coal mining activity should be an important part of the discussions.