Plans to extend Leicestershire’s only opencast coal mine have received the backing of a district council.

UK Coal Surface Mining is seeking permission from Leicestershire County Council to mine a further 250,000 t of coal from its Minorca coal mine at Measham. The extra coal would be mined within a 1.9 ha area adjacent to the existing 130 ha site boundary. The submitted application includes a restoration scheme that would rebuild the aging farmhouse that is currently on the land.

The company is currently one year into an expected four and a half year mining operation. The Minorca site currently is set to produce 1.5 million t of coal and fireclay under an agreement made between UK Coal and the county minerals authority in 2011.

The Minorca mine occupies an area of north-west Leicestershire that has a long history of coal mining. Most of the minerals mined at the site will be used in the local area for power generation and building materials.

Under the terms of the current agreement, UK Coal will restore the mine site once operations conclude. This will involve the creation of broad leaf and wet woodland planting, 3.6 km of hedgerow and hedgerow tree planting, creating new waterbodies and reedbed habitat and restoring much of the land to agricultural use. UK Coal has committed to work closely with the Ashby Canal Trust in a number of ways which will bring forward the delivery of the next planned stretch of the canal

North West Leicestershire District Council has now announced it is supporting the proposed extension of the mine, following consultation with County Hall.

David Hughes, head of regeneration and planning, said: "It is accepted that the principle of the proposals would be acceptable, having regard to the likely implications on the environment."

A UK Coal spokesman said: "It wouldn't require any extension of the site's timescale or for any additional materials to be stored above ground."

David Jennings, county council leader, said: “There has been a lot of consultation with local people, not only parish councils, and we must take into account everything that people say but planning is a difficult thing.”

UK Coal said it was “currently awaiting confirmation from the County Council that [the planning application] has been received and validated.”

A decision is expected by the county council's development control and regulatory board in the next few months.

Read the article online at: https://www.worldcoal.com/coal/06022014/uk_coal_seeks_opencast_mine_extension_482/ 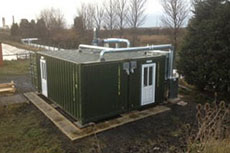