Electric output data was not updated again this week.

Domestic steel output finished down for the week. According to numbers from the American Iron and Steel Institute, domestic steel production was down 1.8% for the week, at 1.7 million short t, with a capacity utilisation factor of 73.3%. Steel production also continues its decline year-to-date — down 7.2% to 36.64 million short t produced compared to 39.50 million short t for the same period last year. As noted in previous reports, steel production is a strong indicator of the status of the broader economy and the continued declines point to declines in durable goods orders and a softening of the national economy in the near- to mid-term.?

Underground operations had 12 572 direct mining employees, while surface operations fell to 2 889 employees. These numbers are also expected to change with additional reports.?

?Natural gas prices on the Henry Hub finished the week down 21 cents to US$2.78/million Btu. Natural gas producers, again, reported a significant increase in their stored reserves – up 132 billion ft3 compared to the previous week, for a total of 2.23 trillion ft3 in storage. This week’s working natural gas rotary rig count remained at 875, down 10 from last week and down from 1866 a year ago – down 53.2%. This number includes rigs working in both oil and gas plays.

Read the article online at: https://www.worldcoal.com/coal/05062015/continued-declines-in-us-coal-production-for-week-ending-29-may-2374/

Glencore Plc is investigating Australian coals assets and other coal opportunities as the company attempts to position itself for future growth. 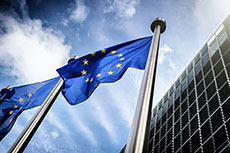