Peabody Energy has announced it will cut metallurgical coal production by approximately 1.5 million tpy from its North Goonyella mine in Queensland, Australia.

Within the next month, it is anticipated the mine will switch to one production shift per day. There will also be employee and contractor cutbacks of 35 – 40%. Peabody expects the mine’s production to decline to approximately 2.3 million t this year – predicted levels were 3.0 million t.

The reduced levels are in line with contracted sales with customers. It is a result of plans to reduce costs, develop cash flow and increase productivity, while keeping high-quality hard coking coal reserves for sales when improvements in the market occur. 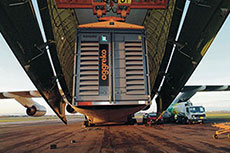 How temporary power solutions can be used to power coal mines in a variety of frontier locations.