Speaking during a panel discussion on the topic of the ‘outlook for coal mining and South Africa’s coal sector’, at a conference in Sandton, chairperson of mining investment company Menar, stated that: “What may be deemed just for Germany in terms of transition away from coal, may not be just for emerging countries such as South Africa and India.” 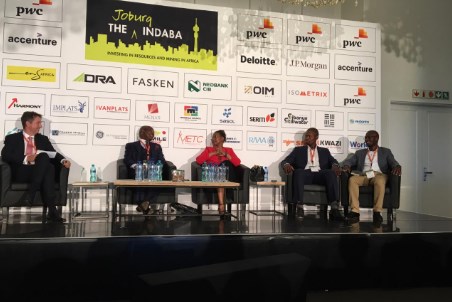 He said South Africa needed to consider its unique position and its level of industrialisation to determine what should be deemed a “just transition”.

He pointed out that over 700 000 people earned their livelihoods in the coal sectors, ranging from Sasol that uses coal as feedstock for chemicals and Transnet Freight Rail that has dedicated rail lines and employees for coal.

Furthermore, he noted that the coal industry was responsible for generating over R70 billion in export earnings annually for the South African economy, thus further illustrating the importance of the sector to South Africa’s economy.

He highlighted that two issues were clearly missing in the draft integrated resource plan, the government’s draft energy plan for the country. First, there was no discussions on the implementation of clean coal technologies, such as carbon capture, which will be a key technology to reduce global CO2 emissions. Secondly, the IRP document itself admits no study had been undertaken on the socioeconomic impact of reducing coal dependency by 2040.

Mkhabela said: “We need to take into account the need for a clean and healthy environment and we should not be denialists in our approach to the environmental impact of fossil fuel usage, but we should also balance this with the realistic economic and energy needs of South Africa.”

Committed to the future of coal mining in South Africa Menar’s subsidiary Canyon Coal has over the past 15 years developed from a single standalone 10 million t reserve mine to a mid-tier mining house that seeks to produce in excess of 20 million t by 2020.

“We are currently adding three new mines to take run-of-mine production to 20 million tpy with 25 million tpy processing capability by 2020. This illustrates how bullish we are about growth for South Africa. We don’t just make pronouncements, we invest,” he pointed out.

He commented that renewables could play a supporting role to South Africa’s energy needs, but that coal was vital to the country’s energy and economic stability.

“South Africa is well endowed with coal resources, which needs to be mined and processed responsibly. We hope that the delay in the release of the IRP is as a result of ensuring all factors are taken into account, including South Africa’s socioeconomic concerns.”

Moreover, Mkhabela highlighted that coal was necessary to reverse South Africa’s deindustrialisation by providing manufacturers with cheap and reliable energy. To achieve this, he said, coal suppliers must be responsible in their dealings with Eskom. He also said there must be investment in the development of new coal mines.

“As coal miners also need to act responsibly. Apparently, some Eskom suppliers make between 100% and 200% profit from Eskom. We have to assist Eskom. As intensive energy users, mining companies also need cheap energy. The government is correct to raise concerns about Eskom coal prices.”

Read the article online at: https://www.worldcoal.com/coal/03102019/many-factors-need-careful-consideration-in-any-just-transition-discussions-menar-chairperson-south-africa/