Environmental lawyers are launching legal action after Bulgaria’s environment authorities paved the way for a coal plant in the EU’s most polluted region to burn petrochemicals, biomass and waste alongside lignite. 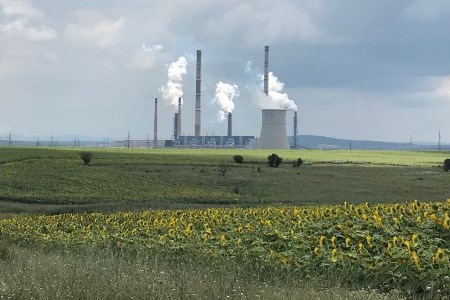 Coal plant Brikel is in Galabovo, in south-central Bulgaria, right next to the notorious Maritsa East coal complex. The town charts the EU’s highest levels of dangerous sulfur dioxide, known to cause respiratory issues.

An EIA would assess the environmental and health risk of Brikel’s activity, combined with the activity of surrounding plants. Without one, the health and environmental risks remain uncharted.

Dominique Doyle, Lawyer at ClientEarth, said: “The regional environment authorities risk legitimising a blatant health risk. […] The air quality in the town may already be illegally poor but that makes it all the more important to assess the risk and prevent it getting any worse. This is the only opportunity for a proper assessment to be carried out that would establish the level of danger posed to people and nature.”

Pollution in Galabovo has already been noted by the Supreme Administrative Court, when it denied Brikel an expansion earlier this year. Yet, the regional environment authority paid no regard to this when making its decision to skip this essential assessment.

The first hearing in the Brikel case is expected to happen in October.

Read the article online at: https://www.worldcoal.com/coal/03082018/legal-action-taken-as-bulgarian-authorities-skip-pollution-test-for-coal-plant/