Rhino Resources Partners has announced it was provisionally idling a large proportion of its Central Appalachia operations as a result of continued weakness in the coal industry.

The company has given notices to 192 employees of its Central Appalachia operations, in accordance with requirements of Worker Adjustment and Retraining Notification (WARN) Act.

Future market conditions for both metallurgical and thermal coal will determine the total number employees that will be affected by these actions.

Joe Funk, President and Chief Executive Officer of Rhino's General Partner, stated: "We are taking difficult actions that are necessary due to the persistent weakness in the coal markets. Demand for Central Appalachia steam coal has fallen to unprecedented levels as utilities choose low-priced natural gas for electricity generation and other coal-fired capacity is shuttered due to governmental regulations. Metallurgical coal prices remain at depressed levels due to persistent worldwide oversupply and weak demand from China. Future market conditions will determine the duration that our Central Appalachia operations remain idle.”

Read the article online at: https://www.worldcoal.com/coal/02062015/a-brief-idling-of-central-appalachia-operations-2352/ 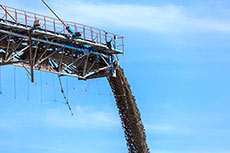 Rhino Resource Partners have announced its financial and operating results for 1Q15.

Gordon Cope asks whether US coal can recover from the twin threats of slowing demand and rising gas use.