“Decisions still have to be made as the energy sector awaits final rules, adapts to international fuel markets, and looks forward to changing demand dynamics,” said Chris MacCracken, Principal for ICF International. “Decisions on EPA’s Mercury and Air Toxics Standards (MATS) and the Clean Power Plan this summer should firm retirement decisions in the near term.”

Regulatory Issues: Regulatory uncertainty still rules the day for many power generation owners. EPA is working through the nearly four million comments received on the Clean Power Plan proposal and will finalise the rule this summer. While the specific standards and timing may change as a result of that feedback, the primary questions still persist around the approaches that states will take to achieve compliance and how the rule will fare against legal challenges. With EPA’s MATS rule due before the U.S. Supreme Court soon, many coal-fired generation units have both near- and long-term regulatory uncertainty to struggle with in deciding to control and operate or retire. ICF projects coal-fired generation as a whole to remain fairly steady through 2025, despite the projected retirements because of MATS and a future with CO2 regulation.

Natural Gas Market: Despite colder-than-normal weather throughout the U.S. East Coast, natural gas prices have been relatively low and stable this winter, with Henry Hub prices averaging just over US$3 per MMBtu from December 2014 through February 2015. Prices have remained low in spite of high winter demand because of continued robust growth in gas production, led as usual by the Marcellus and Utica shale plays, which are concentrated in Pennsylvania and Ohio. Since December 2014, production from the Marcellus and Utica plays has risen by nearly one billion cubic feet per day. Prices are likely to trend downward over the next 12 to 24 months, as production growth continues to outpace demand.

Coal Market: Coal deliveries have kept pace with demand despite cold temperatures on the U.S. East Coast. Over the next 10 years, coal consumption is expected to remain relatively flat, but still down 15 percent from the last five years. Coal consumption might increase somewhat through 2020 if natural gas prices trend into the US$5.50 per MMBtu range. However, coal consumption would then fall back to current levels as the CO2 policy comes into play.

Renewable Market: More than six gigawatts (GW) of wind projects are expected to become operational in 2015. These are projects that began construction by the end of 2013, in order to be eligible for the Production Tax Credit. Despite the loss of such tax credits, renewable portfolio standards will continue to drive development opportunities in regions where wind energy is otherwise uneconomic. On the other hand, solar photovoltaics (PV) installations continue to grow at faster rates, owing to falling installation costs, coupled with strong federal and state incentives. The lowering of the Investment Tax Credit in 2017 will lead to a rush in solar PV development in 2015 and 2016.

Power Market: Low gas prices paired with impending regulatory requirements continue to drive coal retirements, paving the way for gas-fired generation while putting wind in the sails of renewables. ICF projects nearly 60 GW of coal retirements from now through the end of 2020, split between announced retirements and model projections as a result of existing regulations and assumed requirements on CO2. Gas-fired units are expected to build their share of total generation at the expense of coal, reaching 38 percent share by 2030 as compared to coal’s 29 percent share. This growth is driven by additions of nearly 150 GW of new gas-fired capacity by 2030. New renewable capacity makes up the bulk of the remaining additions, with approximately 70 GW added by 2030.

The ICForecast Energy Outlook addresses a number of significant issues, including:

Using a suite of proprietary analytical tools and by incorporating global expertise from all areas of the industry, ICF utilises a fully integrated assessment of wholesale power, transmission, fuel and emissions markets in order to offer the most complete picture of the energy industry. The report offers insight into the key areas of emissions, gas, coal, renewable energy and power.

Read the article online at: https://www.worldcoal.com/coal/02042015/icforecast-energy-outlook-icf-international-2140/ 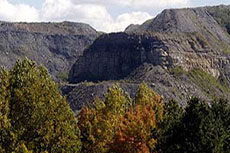 Coal’s share of Australia’s energy consumption slipped again in FY2012/13, according to official figures from the Bureau of Resource and Energy Economics. 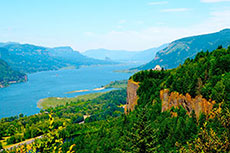 Oregon has informed Ambre Energy that is proposed coal export terminal in the Columbia River requires a state land lease.