CEO, Walt Scheller, said: "Our operations performed well in the second quarter. We controlled costs, reduced inventories, and had solid coal production and sales despite idling our Canadian mines. In addition, we kept tight control over our capital spending as well as selling, general and administrative costs.

"We also improved liquidity and financial flexibility through our recent successful notes offering. I believe we have made great strides in positioning the Company to manage through the current difficult market for met coal."

In April 2014, the company announced its plans to begin idling its mining operations in Canada, including the Wolverine and Brazion coal mines in British Columbia.

The Wolverine mine was placed on idle status in April, and the Brazion mining operations were idled in June. Costs recorded in the quarter for idling these mines totalled US$ 18 million.

An impairment charge of US$ 23.0 million was also recorded for the estimated loss on sale of the Blue Creek Coal Terminal assets.

Met coal sales volumes in the second quarter, including hard coking coal and low-vol pulverised coal injection product was 2.7 million t, representing an increase of 0.3 million t from the prior year quarter.

Met coal production was 2.4 million t in Q2 2014, compared with 2.9 million t in the prior-year period, with the decrease primarily resulting from the idling of the company’s Canadian mining operations.

Walter Energy has announced that it will begin idling its Canadian operations in April 2014, two coal mines in British Columbia. 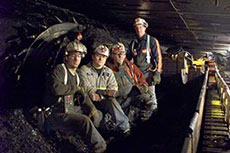 Walter Energy will acquire Western Coal Corp. for C$ 3.3 billion (US$ 3.3 billion) to create a leading, publicly traded, pure-play met coal producer with total coal reserves of approximately 385 million t and a significant and growing production profile in Canada, the US and the UK. 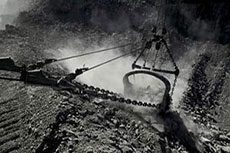 Walter Energy Inc. has announced an acquisition proposal and exclusivity agreement with Western Coal Corp. It has also agreed to acquire a 19.8% stake in Western Coal from Audley Capital.