The British government will rule on plans to drill for coalbed methane (CBM) in Shropshire, UK, following months of delays.

Shropshire Council has successively postponed making a decision on Dart Energy’s proposed plan to drill for CBM in Dudlestone, near Ellesmere. The energy firm has finally lost patience with the councillors and has asked a government inspector to rule on the drilling plans instead.

In October, Shropshire Council’s north planning committee said it was minded to refuse the drilling plans, which lead the council to ask Dart Energy to provide more information about the scheme.

Dart Energy believes it has provided more than enough information for a final decision to be made.

The company has lodged the appeal with the UK government planning inspector on the grounds of non-determination by Shropshire Council.

Douglas Bain, country manager for Dart Energy, said: “It is in the best interests of all parties to have clarity on the application.”

“All information to enable a decision has been submitted to the council and our discussions remain very constructive. The application clearly establishes this temporary operation would be environmentally and economically acceptable, which was confirmed by the planning committee report, and I very much hope that the appeal will be upheld,” Bain added.

Shropshire Councillors have said the impact of drilling for CBM will be too significant for local people, yet in October they were advised to check the legal ramifications of refusing Dart Energy permission. Officers had initially recommended that councillors should approve the application – despite widespread opposition from environmental campaigners. But Dart Energy insisted any work carried out would be on a small scale.

The debate on the use of alternative fossil fuels in the UK continues to rage on, with many insisting that, at a time when it has been proved beyond doubt that fossil fuels must remain in the ground, it would be more prudent to invest in renewable sources of energy, rather than CBM and other new energy sources, such as shale gas and oil sands.

The Scottish Government has intervened in two planning appeals for the production of coal bed methane in central Scotland.

Dart Energy had applied to Falkirk and Stirling councils for permission to drill at 14 sites in the Airth and the Forth Valley.

Ministers announced they will determine Dart Energy’s appeals over the proposed development of coal bed methane production at a number of sites in the Falkirk and Stirling areas.

The proposals, in an area straddling the Falkirk and Stirling council boundary, would see 22 wells drilled and a gas delivery and water treatment facility built along with associated infrastructure.

The energy company had appealed to the Directorate of Planning and Environmental Appeals following non-determination of its applications by the two local planning authorities.

The minister said the decision to call in the planning appeals was “in line with the Government’s cautious, considered and evidence-based approach to unconventional oil and gas extraction in Scotland”.

Meanwhile, a committee of MPs today demanded a moratorium on fracking amid concerns over local environmental risks and climate change.

The cross-party Environmental Audit Committee (EAC) warned extensive production of unconventional shale gas, which is extracted through the controversial process of fracking, is not compatible with the UK’s goals to cut greenhouse gas emissions.

The committee also called for fracking to be “prohibited outright” in protected areas such as national parks, areas of outstanding natural beauty and ancient woodlands, and banned in all water source protection zones.

In a report published ahead of the final Commons debate on fracking legislation in the Infrastructure Bill, the EAC warned of an “extensive range of uncertainties” over hazards ranging from polluting groundwater and water supplies to noise and disruption.

There was also a lack of public acceptance of fracking, they said.

A number of the MPs on the committee have tabled an amendment to the Infrastructure Bill, calling for a moratorium on fracking for shale gas to reduce the risk the UK misses its targets to cut carbon emissions.

The Infrastructure Bill is itself a controversial piece of legislature, of which not much public consultation has taken place.

The bull is so large and complex, and covers so many topics, that commentator, George Monbiot, said it “makes a mockery of democracy.”

The bill is crammed so full of unrelated issues that parliamentary votes become meaningless. MPs must either accept this great bundle of unrelated measures in its entirety or reject it in its entirety. This means that laws are passed which no one ever voted for (or would vote for).

One of the provisions slipped into the Infrastructure Bill arguably undermines the government’s commitment to prevent dangerous climate change. The bill obliges governments to produce strategies for “maximising the economic recovery of UK petroleum”. Since petroleum releases greenhouse gases, maximising recovery means maximising emissions; the very opposite of what the Climate Change Act 2008 (which was supported by all major parties) obliges MPs to do (i.e. minimise emissions).

The contradictions in the legal obligations to governments created by the Climate Change Act and the Infrastructure Bill create a Catch-22 situation in which loopholes on both sides of the fossil fuel argument will exploit. If these competing obligations are considered when the government inspector comes to rule on Dart Energy’s CBM plan, the outcome of the ruling is anything but certain. What is more, the continued delays on the part of councillors means that this can be seen, in some ways, as a failure of local democracy. Shropshire Council showed its hand, but did not lay down its cards. Inspectors do consider all sides of the argument fairly, but the council’s failure to determine this matter must surely make it more likely that the scheme will be approved than would have been the case if the council had ruled on it – after all, the planning councillors unanimously opposed the plan in October’s meeting, without actually making a decision.

Now the people of Shropshire face having a decision imposed from outside.

Read the article online at: https://www.worldcoal.com/cbm/26012015/government-to-rule-on-coalbed-methane-project-cbm196/ 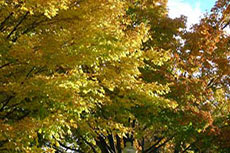 A planning application to drill for coalbed methane in Shropshire has been submitted by Dart Energy.